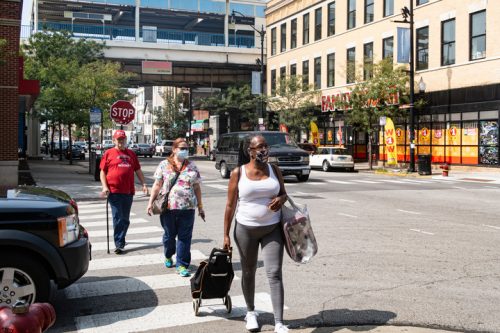 In preparation for an upcoming virtual town hall on the topic of food access and public transit on December 15, we conducted a survey.

The goal was to gain insight into topics like whether public transit has helped or hurt peoples’ food security and whether people have to take transit to other neighborhoods to get fresh food.

Here are some of the results of the survey:

In order to help foster relationships and build dialogue with service providers in the communities we focus on, we also asked questions specific to food pantries. Almost all of the respondents who use food pantries said that they feel vulnerable using public transit to reach the pantries.

The general consensus of feedback from pantry users is that people feel that pantries are too far from public transit stops, there isn’t enough enforcement on COVID guidelines, and because of this, there isn’t enough room for people to bring their food aboard the bus or train given the crowding that occurs.

Alex Perez, Advocacy Manager, also shared research he contributed in the form of the maps below. His audio had some issues during the town hall so we have copied his talking points below each map as well. 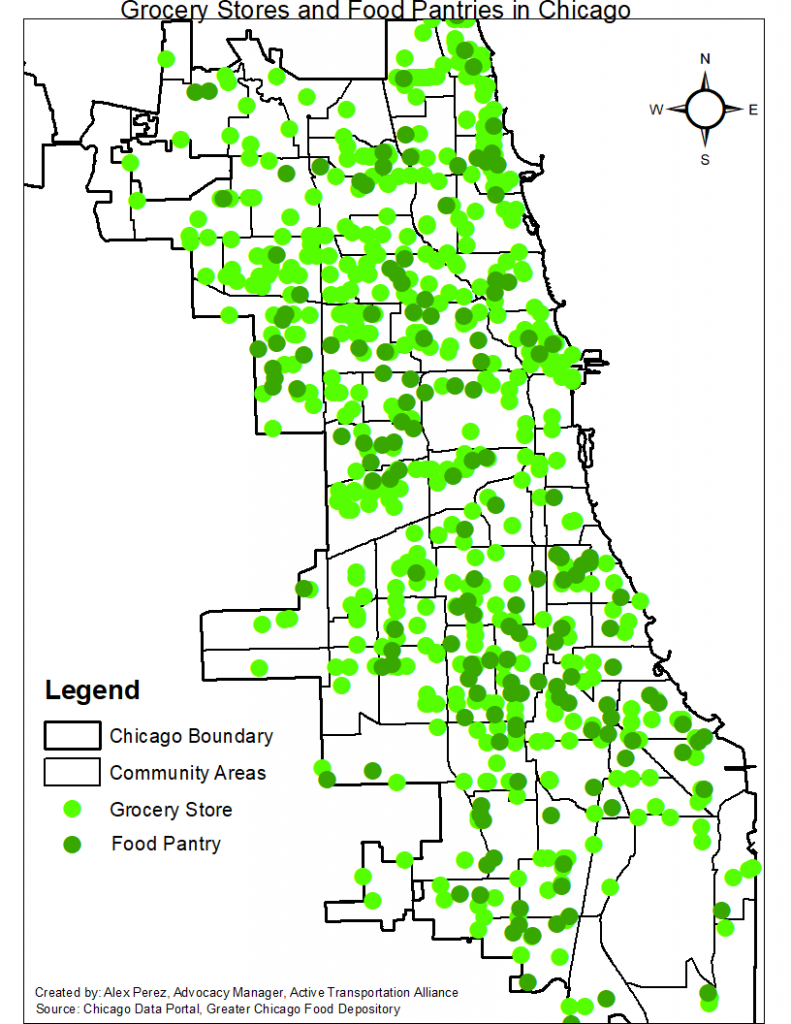 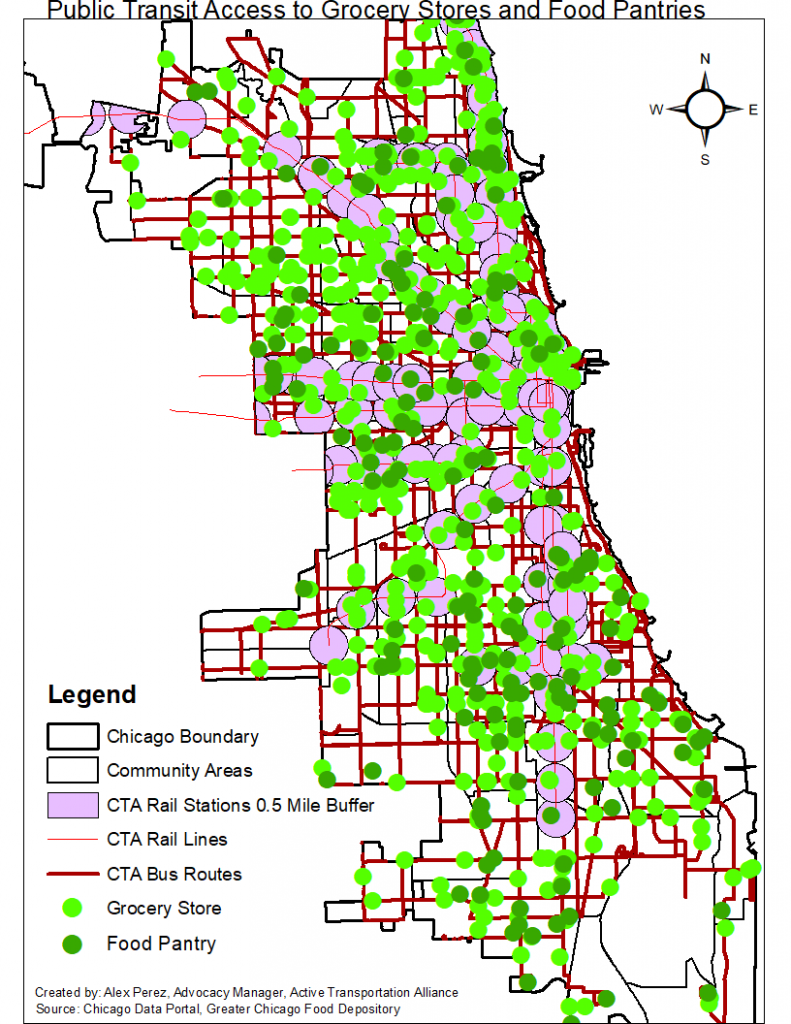 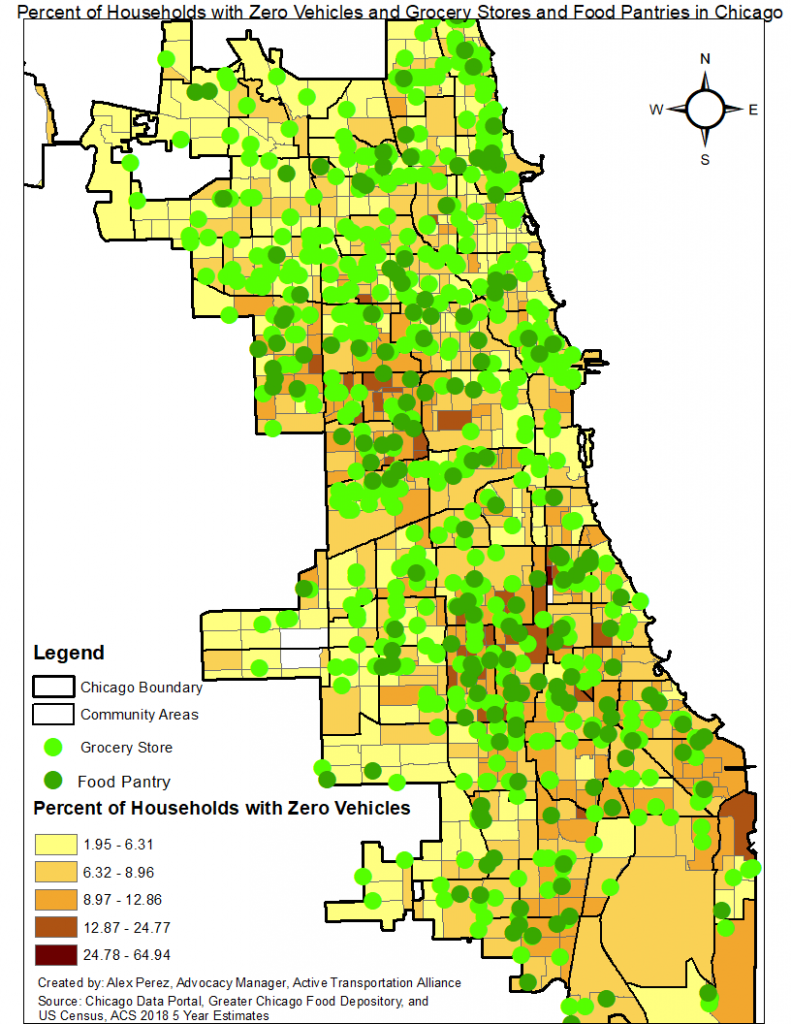 The map above is looking at the percent of households with zero vehicles and the location of the grocery stores and food pantries in Chicago. The data came from the US Census data American Community Survey 2018 5-year estimates. The darker the color within the census tract, the higher percentage of people living there dont have access to a car. People who don’t have access to a car are more likely to rely on public transit or walking to access food. Looking at the map, there is a concentration of people without a car in the west side, south side, and south east side and these areas are majority people of color. There are grocery stores and food pantries located nearby the west side and south side areas of households with zero cars, but that is no the case in the far south east side. 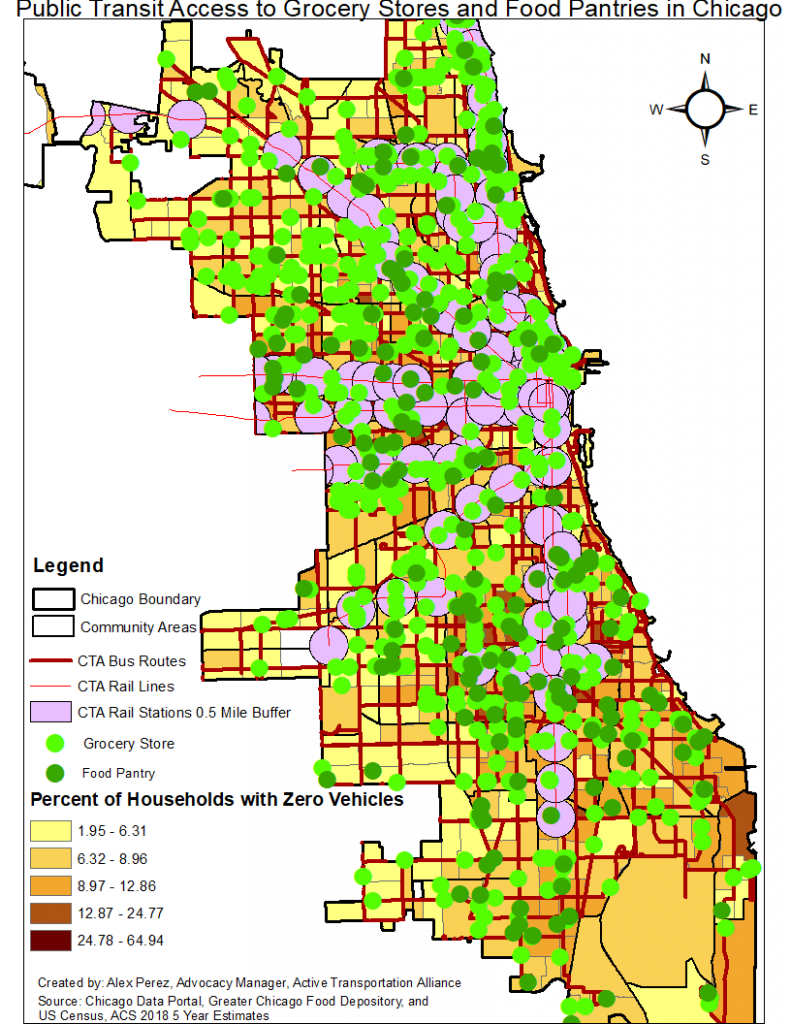 The map above is looking at all the layers together from the previous 3 maps.  I wanted to separate the data layers for everyone to better understand the last map as it looks like it has a lot of data. It highlights the location of grocery stores and food pantries and their accessible using public transit. As well as the percentage of where people who don’t have access to a car live across the city.