Home / Blog / Expedia to be honored at 2018 Awards Reception

Expedia to be honored at 2018 Awards Reception 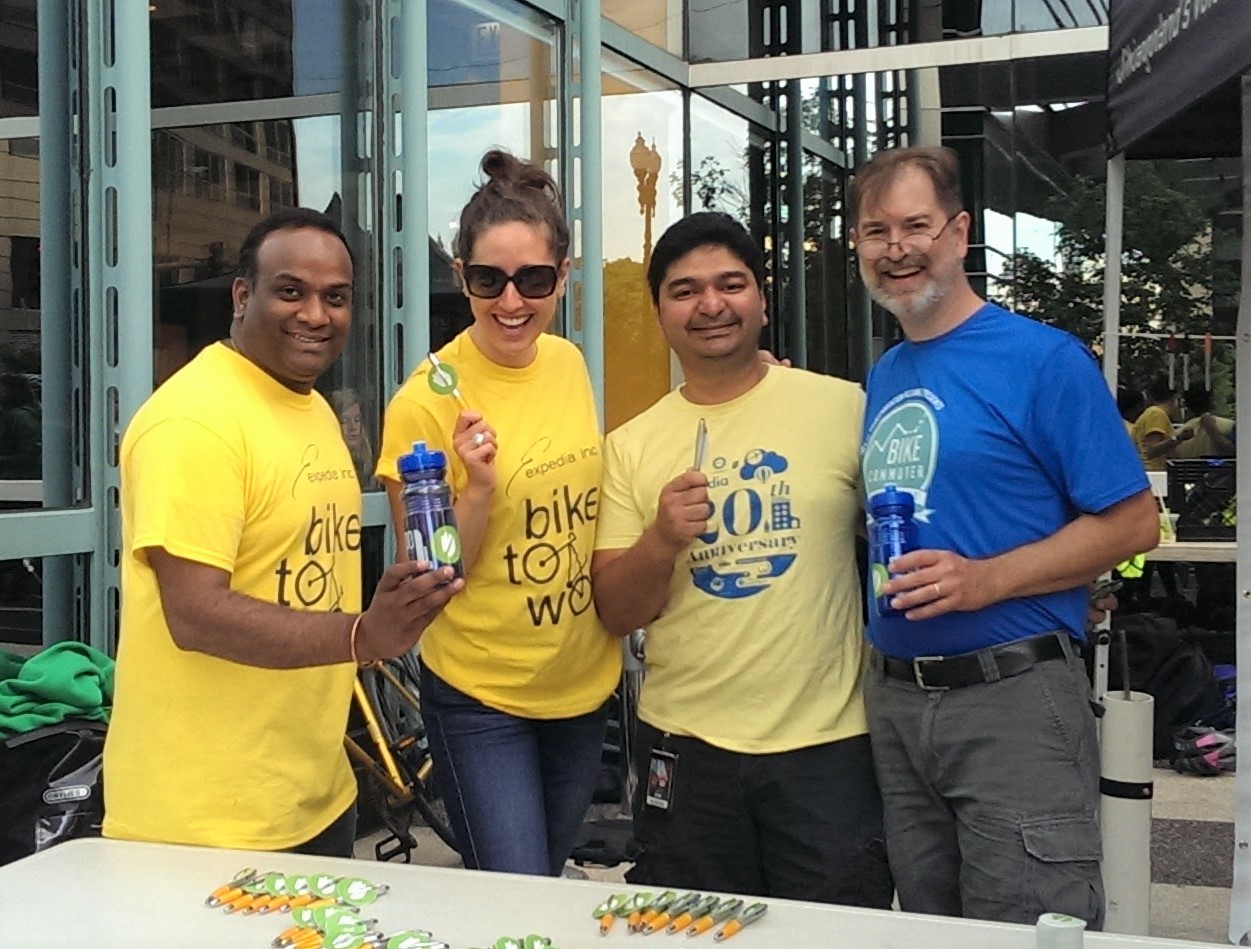 Chicago is still entrenched in the grip of winter. But Todd Scales is already thinking about the summer. The director of technology of the Android team at Egencia, which is an Expedia company, is hard at work planning bicycling activities and events that he hopes will not only strengthen the bicycling culture at Expedia, but also get employees pumped about the Bike Commuter Challenge, Active Transportation Alliance’s annual biking competition in June.

To honor the hard work of Scales and his colleagues, Expedia will be receiving Active Trans’ Business Leadership Award at our 2018 Awards Reception on March 7.

As coordinator of the Bike Expedia affiliate group in Expedia’s Chicago office, Scales volunteers his time to manage the company’s bicycling programs, including participation in the Bike Commuter Challenge, in which Chicago workplaces compete against each other to see who can get the most employees biking to work. Thanks to the efforts of Scales and the rest of the Chicago Bike Expedia team, a whopping 120 employees participate every year.

Scales credits the high participation rate in part to Expedia’s support of bicycling. Expedia offices across the world have local Bike Expedia groups as well as bike rooms, where employees can store their bikes. In addition, Expedia reimburses employees up to $600 for anything they purchase that improves their health, including bicycles.

To build a strong bike culture at their office, Scales and the other members of the Chicago Bike Expedia team plan events and offer cycling services. For example, veteran bicyclists on the team use the bike room to perform tune-ups and repairs for employees’ bikes at no charge. The Chicago Bike Expedia team also has a team messaging platform, where employees can share their bike commuting stories and tips. And the team has recently begun organizing group rides after work.

In the three weeks leading up to the Bike Commuter Challenge, Scales and his team will hold a lunchtime presentation to promote the competition. In addition, they host a bike safety seminar, where they feature helmet cam video footage of their fellow employees cycling and dealing with safety issues, like repairing a tire while en route and riding in traffic safely.

To maintain participation during the Bike Commuter Challenge, the Chicago Bike Expedia team offers incentives during the competition and afterwards, hosts a pizza party, where they award prizes and raffles gifts to those who participated.

These tactics not only encourage employees to take part in the Bike Commuter Challenge, but they also sway some of them to volunteer for the pit stops that are part the competition. Scales and about six employees coordinate and host a pit stop twice during the competition each year in front of their office at Ogilvie Transportation Center — a prime location where they can target bicyclists using the bike lanes near the building. In addition to handing out swag, the volunteers work with Active Trans staff in signing up dozens of new Active Trans members.

According to Scales, the Bike Commuter Challenge has helped to spur the Expedia employees to try bike commuting beyond the competition. But just as important, it has helped created camaraderie among the employees. “The community aspect of it is important,” Scales says. “This is really a nice way to get more socializing going on with people, which actually makes people better at their jobs because they learn more about other parts of the company and what’s going on. There’s benefits all across the board.”

Don’t miss Active Trans’ 2018 Awards Reception on March 7, when we’ll be honoring businesses and organizations that have helped improve biking, walking and public transit in the region.

Also, keep watch on our Bike Commuter Challenge web page for the opening of registration for the commuting competition in mid-May 2018.