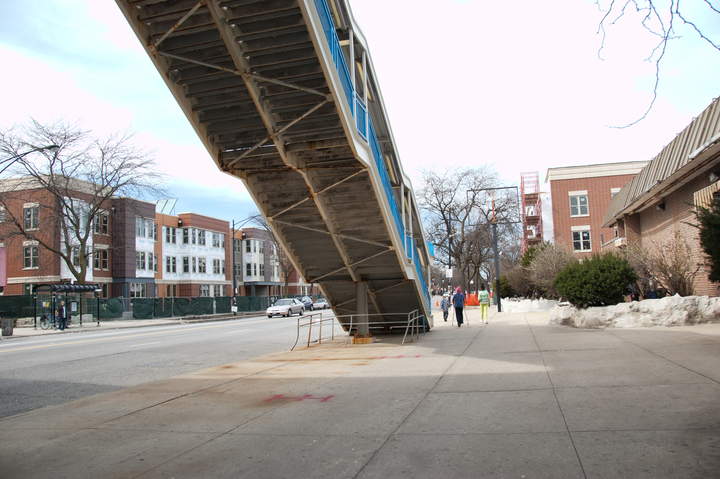 Housing that is walkable to public transit may soon become attainable to more Chicagoans thanks to a zoning proposal that would double the land that can support transit-convenient development.

This sort of zoning is called “transit-oriented development,” or “TOD,” which designates land around a train station as focused on providing a mix of housing and commercial opportunities all within a short walk to a transit station.

The idea is that people can live in these developments and not have to own a car because their daily needs are walkable, bikeable and reachable by public transit. Because a car is unnecessary for daily life in TODs, the requirement for parking spaces is reduced and oftentimes eliminated altogether.

Greater density of dwelling units is encouraged. Developers are also given further incentives for setting aside units as affordable.

TOD allows a higher concentration of people of varying income levels to live near important transit resources. When relinquishing car ownership is the most convenient option, more people take a mix of public transit, biking and walking on a daily basis.

The City of Chicago passed the first big TOD ordinance in 2013. It allowed developers to create taller, bigger commercial and residential buildings with more dwelling units and less parking spaces up to 600 feet from a train station on most streets and up to 1,200 feet on pedestrian designated streets.

The proposed ordinance reform will more than double these distances (1,320 feet and 2,640 feet), more than doubling the land that can have this density increase.

Developers would also create developments with no parking spaces as long as an alternate form of transportation is provided such as car share or bike parking.

The important thing to consider when creating transit-oriented developments is to make it affordable and equitable for all. Low income individuals face more of a hardship in the expenses of car ownership than higher income brackets, so it’s important that these people have access to a resource they could benefit from the most.

Equity can be accomplished by giving developers incentives for setting aside a percentage of dwelling units as affordable. The new TOD ordinance is proposing increases to floor area ratio for projects that trigger the Affordable Requirements Ordinance.

The Metropolitan Planning Council estimates that this will provide about 1,300 new affordable housing units located on site in new projects, as well as $150 million in funds transferred to the City of Chicago’s Affordable Housing Opportunity Fund.

It’s important that the city works with developers in these measures to ensure that people aren’t priced out of their neighborhoods.

Interest in TOD projects have also been growing in the Chicago area suburbs, particularly near downtown Metra stations. The Regional Transportation Authority has recently funded transit-oriented development studies in the south suburbs and has done almost 90 studies over the past 15 years.

Housing walkable to transit stations shouldn’t mean premium prices, but with past zoning in Chicago that limited density, it often was.

The more dwelling units that are allowed to be built walkable to train stations, the more people who can benefit from living near these vital resources.

Public transit and the ability to live in a walkable and bikeable community will increasingly become a right for all, rather than a privilege to those who can afford it.

Active Trans supports the proposed improvements to the TOD ordinance and partners with advocates like MPC and the Center for Neighborhood Technology (CNT) to fight for policies that foster sustainable urban development.