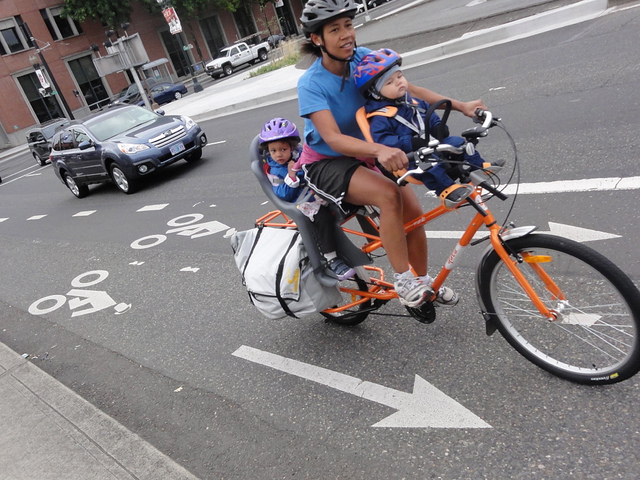 Since 2015, Active Trans Bikeways for All campaign has been mobilizing members and supporters across the city to push for a seamless, low-stress and equitable bike network for Chicago.

So far in 2017, we’ve been eagerly tracking plans to bring improvements to Milwaukee Avenue in Wicker Park as well as a new neighborhood-wide bikeway project that recently kicked off in Edgewater.

But these exciting projects are just the tip of the iceberg. With the 2017 construction season in full-swing, here’s an update on some of the new and planned bikeways developments we’ve been tracking around town.

Protected bike lane network continues to grow, and more concrete curbs are on the way

In addition to these exciting projects, we are seeing progress on our work to improve safe access to the Park at Big Marsh and other new and existing open spaces on the far South Side. CDOT announced plans to resurface Stony Island Avenue from 103rd Street to 122nd Street and install new bike lanes. These improvements will enable more area residents and other visitors to safely access this incredible new community amenity.

Stay up to date on the progress of these and other exciting bikeways projects throughout Chicago and the suburbs by signing up for our advocacy email list.