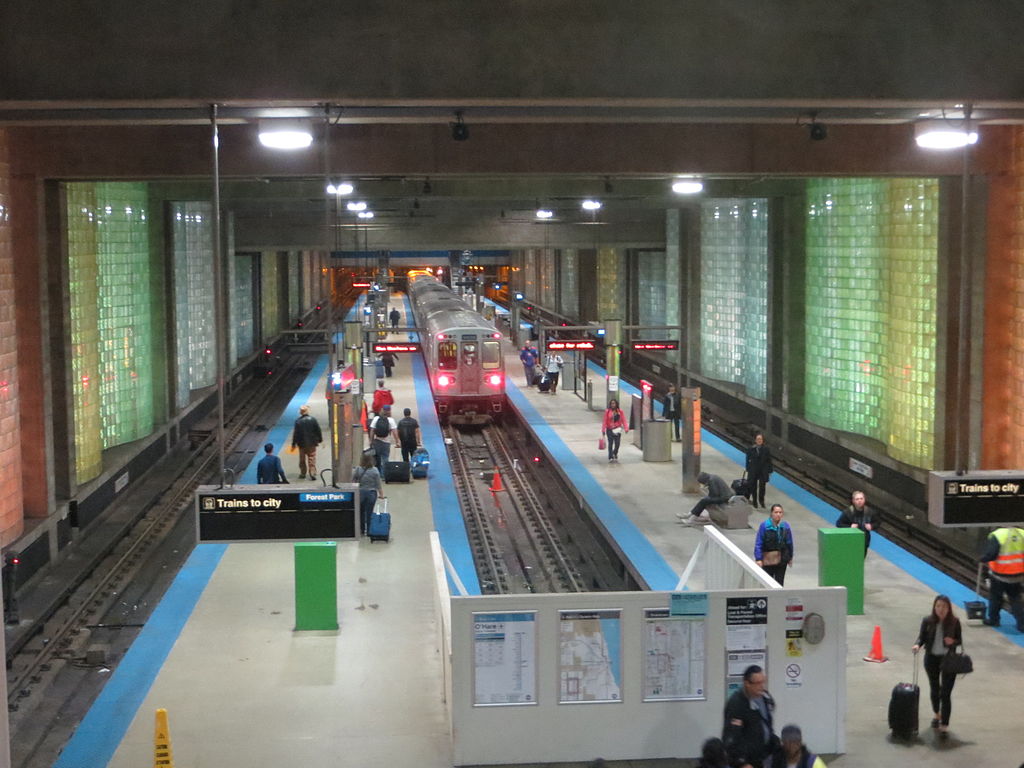 Before city leaders go any further in negotiations with Elon Musk’s Boring Company to build and operate express transit service from O’Hare to downtown, they should revisit who the project benefits and if the public-private partnership will slow progress on the region’s more pressing transit needs.

Musk’s proposed Chicago Express Loop would transport passengers between O’Hare and Block 37 in downtown Chicago in 12 minutes or less using “autonomous electric skates” traveling at 125-150 miles per hour. The 8-16 passenger skates would travel in new underground tunnels on a yet to be determined alignment. The technology is unproven and experts have raised many questions about its safety, cost, and feasibility.

The proposal targets business travelers with tickets costing $20-$25 per ride. The city says the project will be 100 percent privately funded with no taxpayer subsidies for construction, operations or maintenance.

This commitment to not spend any public dollars is critical, but that doesn’t mean there will be no public costs. Similar public-private partnerships on major infrastructure projects around the world have not met expectations, and the public is often left footing the bill. The city may be inclined to provide funding if the project stalls or more land needs to be purchased to complete construction. Already, elected leaders and city staff have invested hundreds of hours in exploring this partnership while higher priority transit needs are still unmet.

The Red Line South Extension remains on the city’s list of priority projects, but there’s no realistic plan to fund it. Proposals to efficiently upgrade Metra Electric service so it could better service South Lakefront communities sit on the shelf. Bus service is slow and unreliable despite the success of proven, affordable fixes in other cities.

These projects have been around for many years and have strong community support, while few people are asking for electric skate tunnels to O’Hare.

The Blue Line already connects O’Hare and downtown in a time period that’s comparable to airport transit connections in peer cities around the world. It also stops in more than a dozen neighborhoods, carrying employees from their homes in communities across the city to jobs at O’Hare. It costs only $2.50 and, of course, serves many other destinations.

While rehab work to eliminate slow zones and improve station quality is already underway, more could be done to boost capacity, speed and reliability. Regional leaders could also upgrade the existing Metra service to O’Hare by creating a more convenient connection to the airport and running more frequent service.

At its best, our public transit system connects communities and makes it safer, easier and more affordable for Chicagoans to get around without a car. Fast and reliable transit service connects people to jobs, schools, healthcare and recreation opportunities while boosting neighborhood economies. These needs are greatest in Chicago’s historically disinvested communities, where many of Chicago’s low-income residents and people of color live.

Unfortunately, our transit system doesn’t work this way for most residents, and an O’Hare Express wouldn’t get us any closer to meeting these fundamental needs for all Chicagoans.