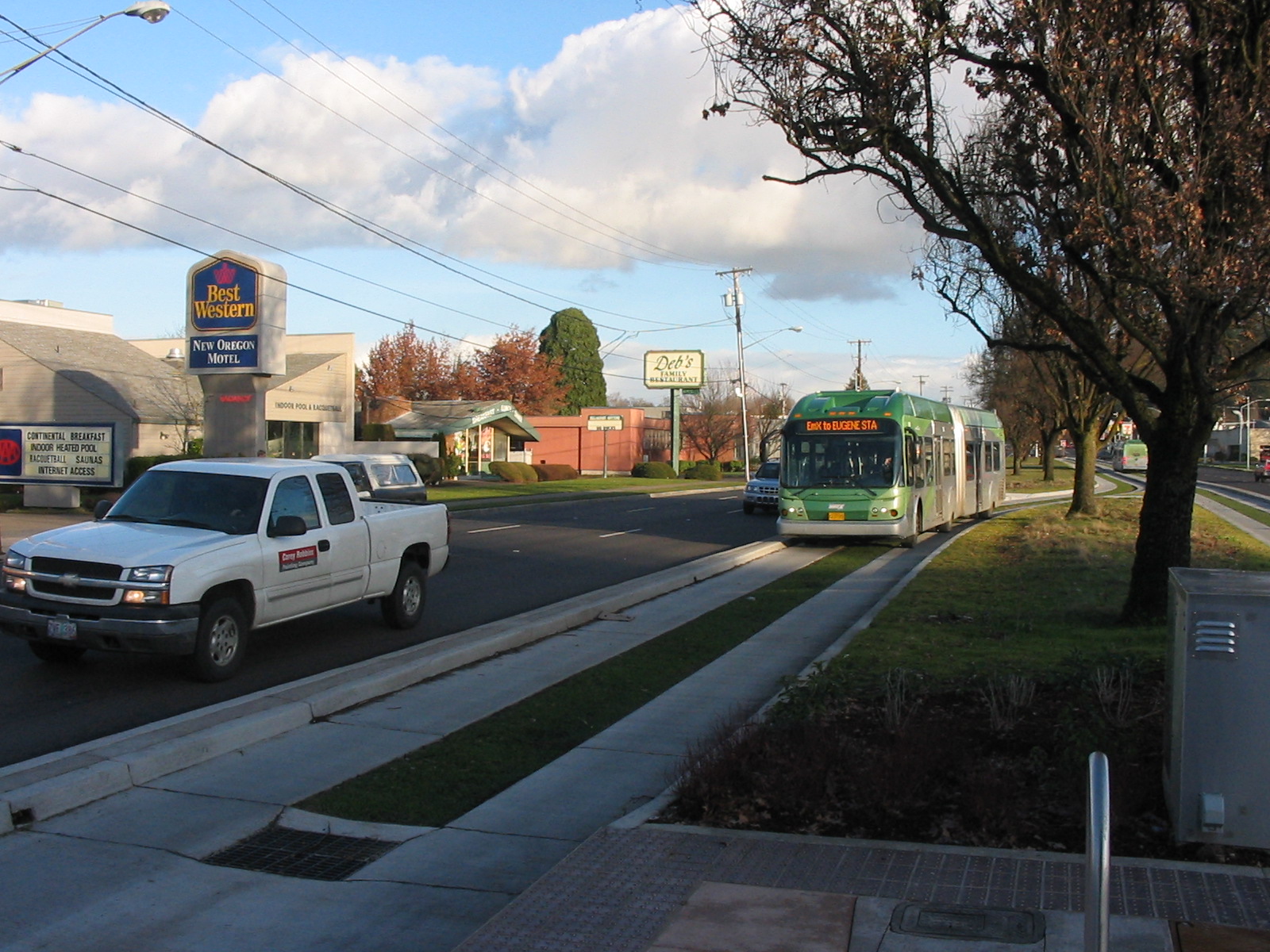 BRT is a state-of-the art bus system that provides the reliability and speed of rail, but at the fraction of the cost.

Although it started gaining momentum in the United States, the city of Eugene, Oregon, was one of the first cities to adopt BRT.

In the mid-90s, the Lane Transit District (LTD) looked into improving bus service in Eugene and became inspired by Curitiba, Brazil’s BRT. LTD worked with the cities of Eugene and Springfield and the Land County Commission to make this dream become a reality.

Service began in 2007 with the Green Line, the first EmX line that runs along Franklin Boulevard on a four-mile route between downtown Eugene and Springfield. It began with eight stations at major destinations, connecting universities, hospitals, shopping centers and transit hubs.

EmX reduced travel times and increased service reliability with buses arriving every ten minutes on weekdays. According to the Federal Highway Administration, previous bus lines along the corridor served 2,700 riders daily and went up to 4,700 riders after EmX.

Some of the standard BRT features included are covered bus shelters, off-boarding fare kiosks, near level boarding and limited stops.

EmX is unique in its approach to bus lanes. Portions of the line runs through exclusive separated bus lanes, while transit signal priority is used where buses share lanes of travel.

The LTD has been working on expanding BRT in Eugene, but this hasn’t come without opposition. According to the Daily Emerald, a new EmX extension running west from Eugene Station led to a federal lawsuit against the LTD in 2014.

Part of the $96 million budget for the project came from federal gas taxes and Oregon state lottery revenue. Naysayers argued EmX was a waste of taxpayer money and construction would hinder businesses. The lawsuit claimed the LTD’s Federal Transit Authority’s FONSI disregarded businesses and concerns about the environment.

However, the Eugene City Council approved the extension.

Mass Transit reports the third segment will be in operation by 2017 and will improve bus service for 52,000 residents and giving people access to 81,500 jobs along the corridor.

Earlier this year, the Eugene city council and the LTD board approved a transportation study to be done identifying areas for future EmX routes outside of the hub-and-spoke system of downtown.

In Chicago, expanding BRT will solve a lot of our transportation woes, but currently, the only BRT option in Chicago exists in the Loop.

Ashland Ave. is one street in Chicago that would greatly benefit from BRT: It would make service more reliable and faster for its 10 million annual riders, and it would bring transit equity to people who don’t work or live in the Loop.

This is the sixth post in a blog series on Bus Rapid Transit (BRT) in the U.S. Learn more about our BRT organizing and contact us to get involved.