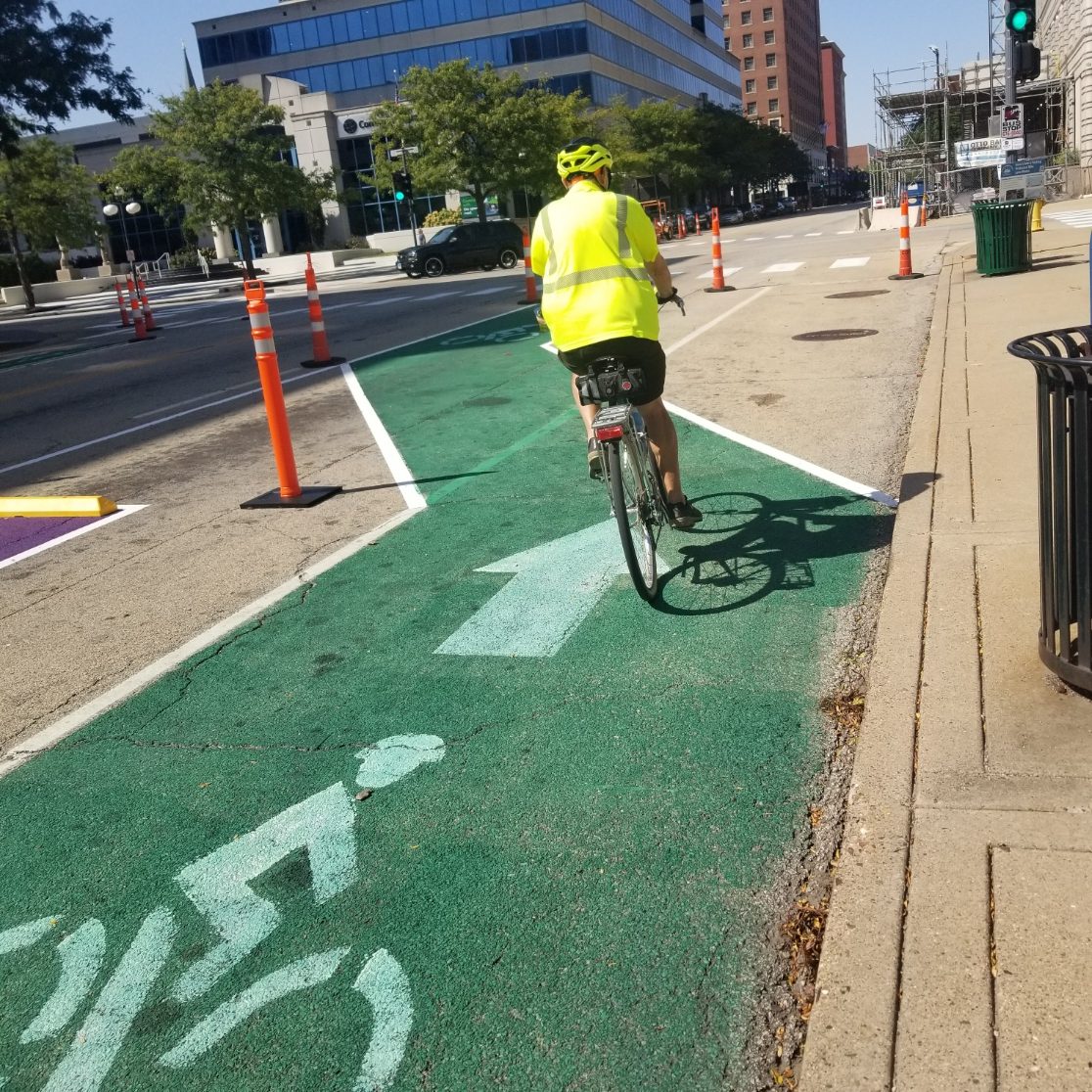 In September, the Peoria City and County Health Departments and the Greater Peoria Family YMCA Teen Reach Program transformed a street in downtown Peoria, Ill., into a safe haven for sustainable transportation with some duct tape, paint, and sweat equity as part of the Peoria Complete Streets Pop-Up Demonstration.

In addition, they created signage indicating directions and how long it would take to walk to nearby areas, including the public library, the Riverfront Museum, and Medical District. These temporary facilities helped calm traffic; created safe and comfortable spaces for pedestrians, bicyclists, and public transit users; and encouraged residents to get exercise and interact with each other. 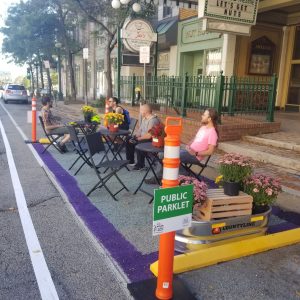 According to the survey that was conducted about the pop-up demonstration, participants enjoyed the event and appreciated the benefits of the complete streets demonstration.

Furthermore, 70 percent of respondents said they would visit downtown more frequently if the changes became permanent. And 60 percent of the survey participants said they “strongly agree” that the complete street changes would improve downtown, while 34 percent said they “agreed” that the temporary infrastructure enhanced the area.

They didn’t just help implement the complete streets demonstration, but they also were involved in developing the infrastructure plan — learning about street safety in the process.

They worked with Mark Fenton, a national public health, planning, and transportation consultant, to create the complete streets plan for Main Street. The teens also conducted a walking and biking audit of the street, which provided data that helped shape the plan.

For example, during the audit, they learned that the site’s wide streets encouraged motorists to drive fast and that the street lacked bicycle lanes and parking as well as wayfinding signage. As a result, their complete streets plan included narrowing car lanes to make way for bike lanes and posting signage with directions to popular destinations in the area.

WHY CREATE THESE POP-UP PROJECTS?

Active Trans is proud to be one of the partners that supported the Peoria Complete Streets Pop-Up Demonstration. The nonprofit has long been a fan of these pop-up events, having coordinated several of them for suburban cities in the region.

The temporary, low-cost nature of these events gives residents, business owners, and community leaders an immediate, tangible way to test the infrastructure and see for themselves how it can improve the quality of life in their communities. It’s a powerful and effective way to gain their support and spur their communities to move forward with similar types of long-term, permanent infrastructure.

Second photo: The pop-up event included a public parklet, where people could relax and interact with each other.