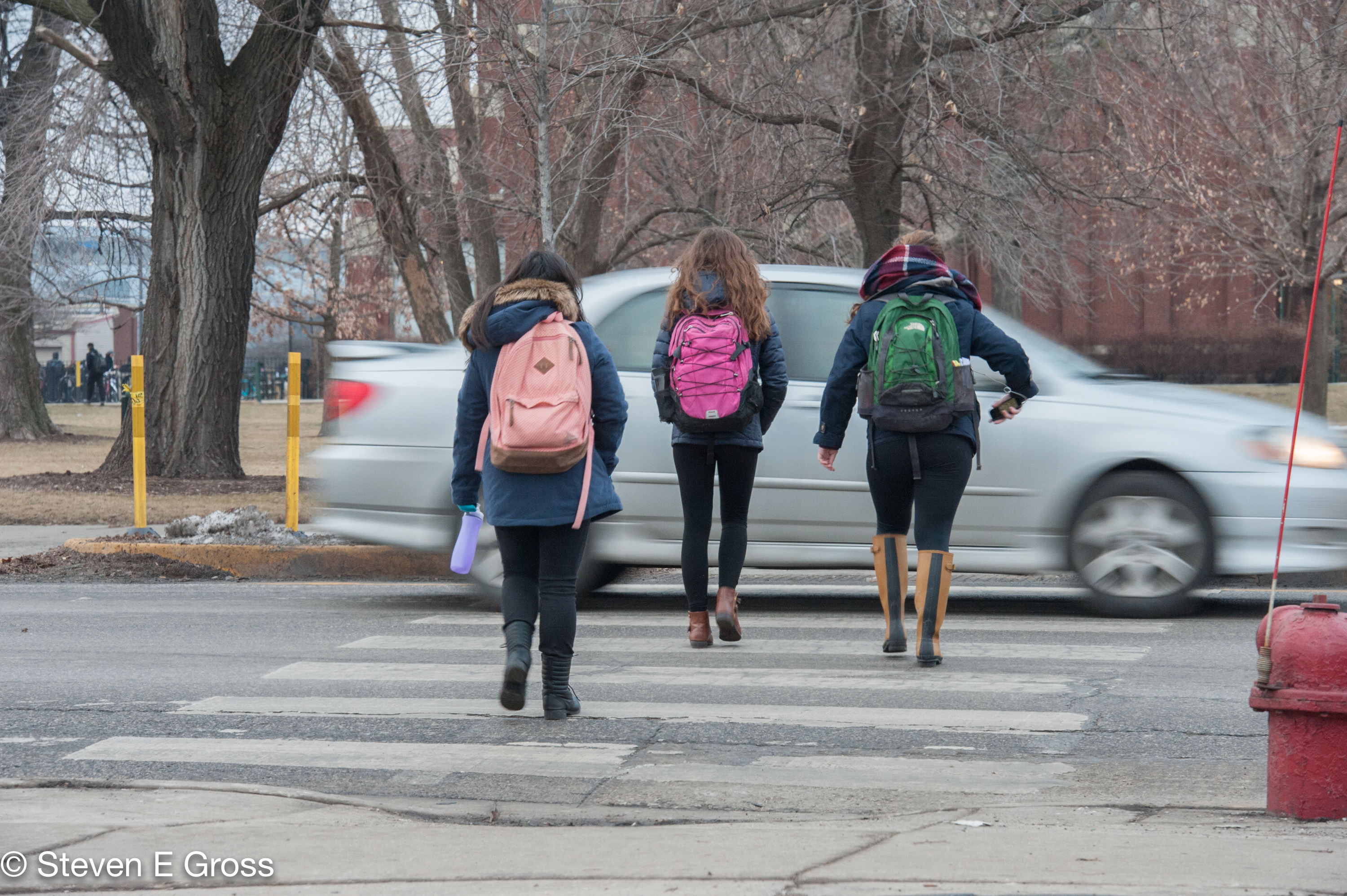 Despite endless media coverage about the dangers of distracted walking, a new analysis shows only a small fraction of the pedestrians struck by cars in Illinois were using a cell phone.

From 2013 to 2016 in Illinois, less than 2 percent of pedestrians hit by cars were using cell phones at the time of the crash.

Let’s stop blaming victims and focus on the real problem.

Many pedestrians involved in crashes were legally crossing the street in a crosswalk, and most often the primary and secondary causes of the crash are related to driver behavior. Speeding and failure to stop for pedestrians are the most common factors.

Active Trans conducted this analysis using the most recent publicly available crash data from the Illinois Department of Transportation (IDOT). Our latest Chicago Regional Crash Report has more key findings from this set of data.

People walking are at risk because of reckless drivers and poorly designed streets, and that should be the focus of city, state and federal policymakers. Proposals targeting distracted walking, like a 2017 proposed ordinance in Chicago, misdiagnose the problem.

Too many of our streets are designed to encourage speeding and crossing them can be dangerous. We should be redesigning our streets to encourage safe speeds and safe turning actions for cars, while providing extra protection for people walking and biking.

Reducing crashes requires dedicating more funding to biking, walking and transit projects and reforming IDOT policies that prioritize the swift movement of cars above the safety of all road users, as outlined in our 2018 Illinois Sustainable Transportation Platform. Car-centric planning and policies continue put everyone on our streets at risk.

Active Trans is calling on the next Illinois governor and general assembly to commit to spending a fair share of state transportation dollars on a new, dedicated Bike Walk Fund of $50 million per year.

Fifty million dollars is only 2 percent of state transportation spending but, when combined with the $50 million in federal funds IDOT programs every year, it would double the state’s impact on healthy, sustainable and equitable transportation.