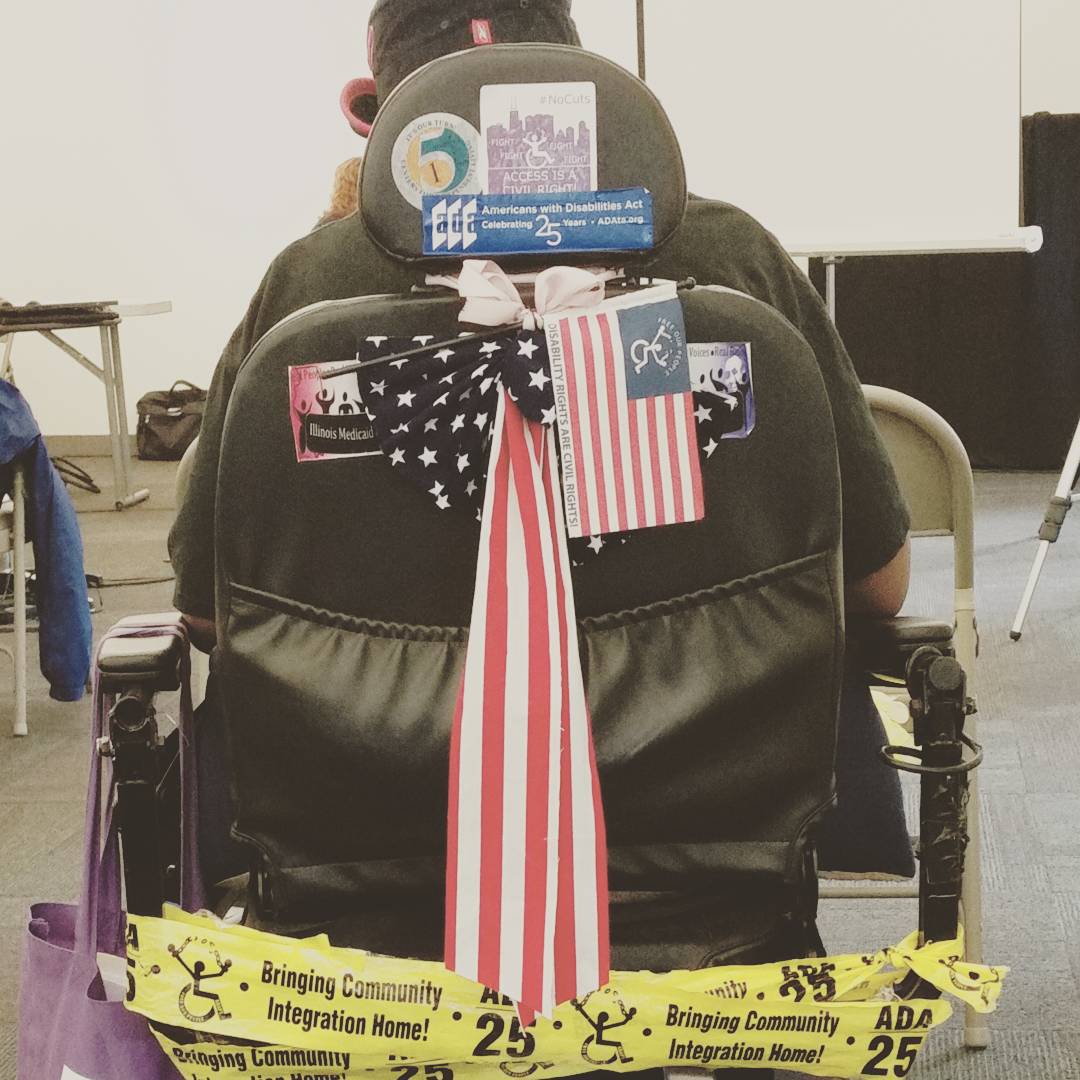 Metra, Pace and CTA and trains and buses were not always required to provide equal access to people with disabilities. In fact, just 30 years ago, public transportation in Chicago was probably not an option if you had a disability.

Instead, many people with disabilities relied on door-to-door paratransit, which offered limited and inconsistent service in the Chicago region.

One of the great landmarks in US civil rights legislation was the passage of the Americans with Disabilities Act (ADA) in 1990. Among the many benefits of this wide-ranging legislation, the ADA established comprehensive public transit standards across the United States.

What many people don’t know is that there was a strong grassroots movement in Chicago and around the nation that helped lay the groundwork for the passage of the ADA.

Prior to this grassroots movement, many people with disabilities never imagined using standard buses, according to panelists in a recent event to highlight transit-related advocacy work done in the region leading up to the passage of the ADA 25 years ago.

Panelists at the event held at Access Living identified two important developments in the late 1980s.

One was Jones vs CTA, a landmark case ruling CTA must put wheelchair lifts on CTA’s mainline buses.

The other was activist Kent Jones’ trip to the first organizational meeting in Denver for ADAPT, a national advocacy group that focused on getting wheelchair lifts on all buses.

In Denver, Jones saw buses equipped to accommodate people with disabilities, and he shared this information with other disability activists in Chicago.

He and other activists then started the Chicago chapter of ADAPT, bringing focus to transportation issues in the disability community, specifically through their direct action strategies.

Participants in the panel discussion said prior to the ADA the CTA accommodation problem wasn’t just for people who used wheelchairs. It was also for people who were hearing and vision impaired. Drivers didn’t announce stops and people who were deaf wouldn’t hear announcements over intercoms.

After the ADA passed in 1990, there’s been many improvements on public transit, such as scrolling marquees, tactile warnings on train platforms, and lifts on trains and buses.

While much progress has been made, panel participants readily acknowledged that CTA and other public transportation agencies across Chicagoland and the nation need to do a better job with ADA compliance.

One issue people with disabilities still have is limited elevator access at Chicagoland train stations, causing many to travel out of their way to find a station that does have elevators.

According to the CTA, some of the older stations simply don’t have the space to accomodate elevators. In many cases, though, when a station is thoroughly rehabbed, elevators are added. For example, rehab work is underway at Red and Purple Line stations that will add elevators, providing more accommodations for passengers with disabilities.

As the grassroots movement behind the ADA has shown, transportation equity is crucial because it serves as a key for independence for many.

Active Trans is one of nearly 200 community partners in the ADA 25 Chicago initiative. Throughout the year we're publishing a series of posts about the transportation challenges people with disabilities face every day.