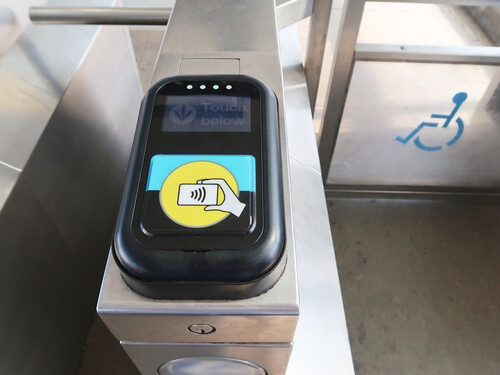 Relief funding from the federal government has enabled the Chicago Transit Authority to take some steps that make transit service more accessible and welcoming to people with low incomes.

While we commend CTA for moving forward with the discounted passes and free transfers in its 2022 budget proposal, we would have liked to see other new initiatives moving forward that would improve service and accessibility.

A WIN FOR FAIR FARES

According to CTA, the one/three/seven-day discounted passes, launched as a pilot on Memorial Day 2021, generated more than 10 million rides over the summer months. This enormous number of rides made it clear that there’s a great need for discounted transit passes.

Additionally, riders who used discounted passes increased their rides by 56 percent more than those riders who paid per trip.

Buoyed by this success, Active Trans was thrilled to learn that the agency plans to make the discounted passes permanent in 2022 — and add a 30-day pass option. Here’s the pricing:

The proposal was intended to benefit people with low incomes who rely on the CTA as their main mode of transportation.

Based on the map below, people living on the South and West Sides pay a larger portion of their income to purchase monthly passes year-round compared to wealthier neighborhoods.

Discounted passes and free transfers have shown to boost ridership, which is particularly important right now as the transit system is struggling to regain ridership that was lost during the past couple of years. In addition, discounted fares provide financial relief for people who continue to rely on CTA to get around during the pandemic.

Percent of per capita income needed for a year-round transit pass. (This was calculated using the higher cost of the monthly unlimited pass of $105 for 30 days.) 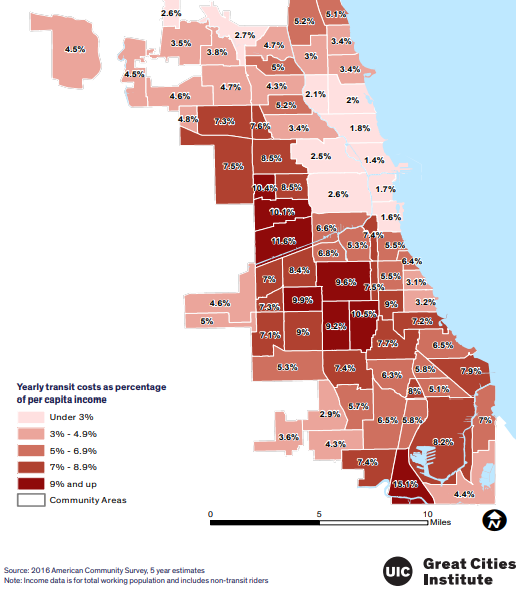 FARE CAPPING AS ANOTHER STEP TOWARDS TRANSIT EQUITY

Unfortunately, the CTA didn’t include a fare capping policy in its proposed budget.

A fare capping policy means that once a rider using a transit card taps enough times to reach the cost of a daily, weekly, or 30-day pass, they are no longer charged for any additional trips for the duration of their multi-day pass.

Far capping avoids penalizing riders who can’t afford the upfront cost of a multi-day pass but ride transit enough to benefit from its value. It’s a step that provides necessary relief to transit riders who need it the most and can’t afford the cost of unlimited ride passes, even at the new discounted rates.

We urge the CTA to follow the lead of New York City and pursue fare capping as an addendum to this year’s budget or roll it out in next year’s budget.

Another shortcoming of the CTA budget is the lack of funding for a transit ambassador program, which could help boost the safety and comfort for everyone who rides transit.

For months we’ve joined other advocates in calling for CTA to use federal relief COVID dollars to launch a transit ambassadors program (the BART transit system in the Bay Area could serve as a model).

Access Living, an organization that Active Trans frequently partners with, has testified that this program could have various benefits for people with disabilities.

Ambassadors could assist people with disabilities to board public transit and they could make referrals to social support resources for people who are faced with mental health issues or homelessness.

As the CTA seeks to bring back riders who are still hesitant due to the ongoing pandemic, transit ambassadors could serve as a friendly, welcoming face to help riders navigate the system for the first time since COVID-19 began.

Thanks to hard-won federal relief funding, now is the time to continue bold new customer service initiatives. While the CTA has made some important steps in making Chicago transit service more accessible, more must be done to help the most vulnerable riders who still can’t afford the fares and more must be done to make our transit system a more welcoming environment.