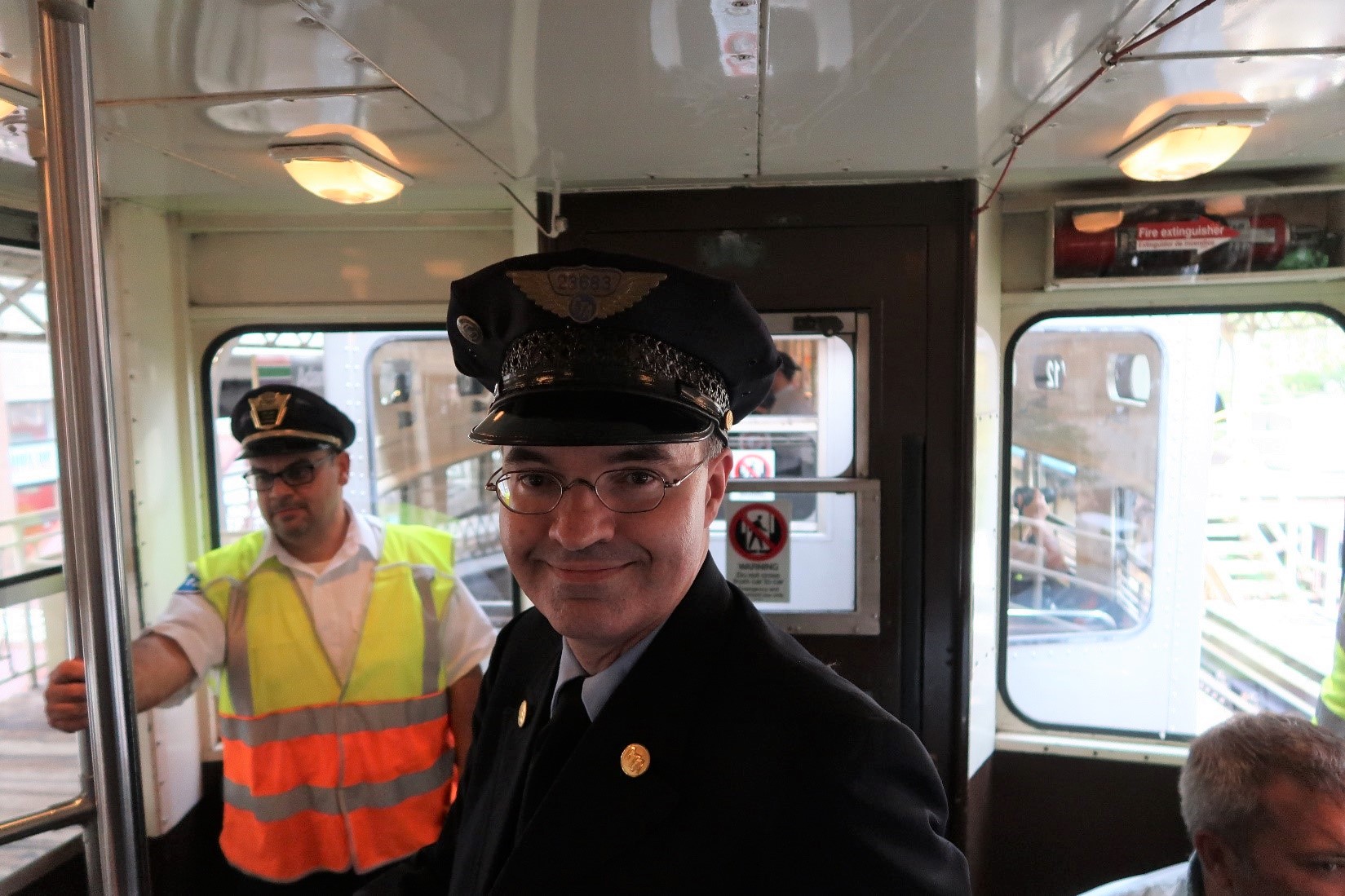 A recent ride on the CTA’s 6000-series rail car provided an opportunity to travel back to 1959 when these cars were brand-new.

The feel of these cars is different from the CTA cars currently in use. For starters, the window seat in the front offers a wide view of the buildings, platforms, rail tracks, and signaling system. The plush seats gave the car a touch of old luxury.

Advertising and the CTA map in the rail cars dated back to the 1990’s, predating both the Pink and Orange Lines. The Congress Branch (now the Pink Line to 54th and Cermak) and Douglas Branch (now Blue Line to Forest Park) are no longer familiar to riders who have become accustomed to the color-coding of the rail lines unveiled in 1993.

Riders waxing nostalgic about CTA transit lines may also recall, “A” and “B” stops, lower fares (at $1 with 25 cent transfers in the 90’s), and buying packs of fare tokens. 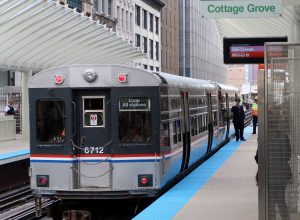 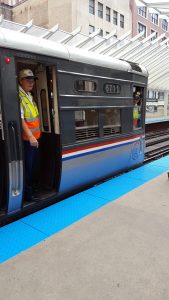 Events like CTA’s Customer Appreciation Day provide us an opportunity to connect to CTA’s history and make it our own. Younger customers may be shocked at the lack of modern technology in the cars like security cameras, an electronic announcement system providing upcoming stops, and a system map with an indicator of the train’s location on the rail system (all standard in the 5000-series cars currently in use).

The 6000-series rail cars were not ADA compliant; newer train configurations now accommodate wheelchairs. The 7001 and 7002 rail cars, currently in production for the upcoming 7000-series, will have 37 and 40 seats respectively. They are scheduled to be delivered to CTA later this year.

Multiple media outlets were on-hand to cover this event. Every “L” platform around the loop hosted people with cameras and cell phones at the ready. All were strategically positioning themselves to take photographs of the rail cars as they made their way around downtown. 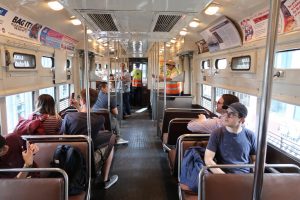 Interested in seeing the CTA rails from the perspective of the train operator? CTA’s popular video series Ride the Rails is back with historical information in its updated stream of the eight rail lines (available in both real-time and time-lapse).

These vintage train cars help us see the essential role of the CTA rail system for the people of the city. Keep in mind that there’s no better way to show our support for our public transit system than by using it and helping to make it better.