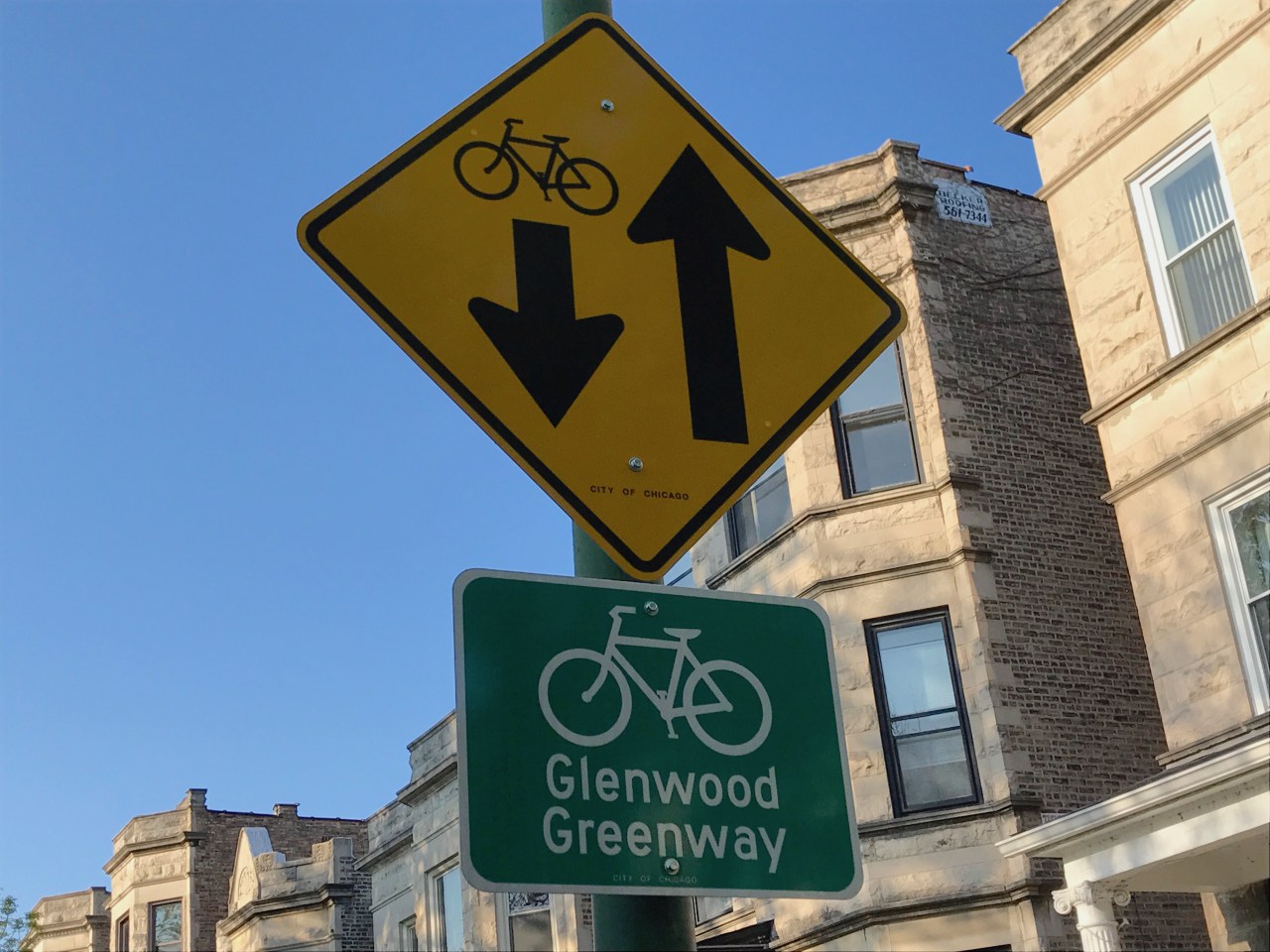 A groundbreaking bikeways project is starting up in Edgewater, which Active Trans hopes sets a precedent for all of Chicago's neighborhoods.

This past week the Chicago Department of Transportation (CDOT) and the office of Alderman Harry Osterman of the 48th ward hosted a community meeting to kick off the conversation around the pilot program to create a neighborhood bikeways network for Edgewater.

The goal of the project is to create a well-connected neighborhood bike network designed for people of all ages and abilities.

What really sets this project apart is that funding is already in place to build all the newly identified bike routes at once. According to CDOT, construction is slated to take place in 2019.

This initiative marks a big step forward towards achieving the goal Active Trans is pursuing in our Bikeways for All Campaign: a seamless, equitable, and low-stress bike network throughout all of Chicago.

By investing in complete networks of low-stress bikeways, such as protected bike lanes, neighborhood greenways and urban trails, we know more people will be encouraged to use bikes as everyday transportation.

Examples of low-stress bikeways can already be found throughout Edgewater, including the new Glenwood Greenway and, of course, the Lakefront Trail. The task undertaken by this new project will be to fill in the gaps and stitch these individual pieces into a seamless whole.

Creating this seamless network will provide the neighborhood with countless health, economic, and environmental benefits. According to census data, up to six percent of Edgewater residents already commute by bike and twelve percent of households in the community are without a car, highlighting the immediate need for additional protected bike lanes and neighborhood greenways in the community.

In addition to benefiting the people already using bikes as transportation, low-stress bike networks are proven to encourage more people to get around on two wheels. This in turn increases physical activity, which helps prevent chronic diseases like diabetes. Getting more people biking also cuts down on greenhouse gas emissions and air pollution.

Better conditions for biking will also provide local businesses with a boost. That’s because research has shown that people who regularly bike and walk to commercial corridors spend more than people who drive.

It is hard to overstate the number of different benefits this project can bring Edgewater. For that reason, Active Trans would like to see this process replicated citywide. We hope this project can serve as an example to other wards looking to expand equitable access to multi-modal transportation.

So what happens now?

CDOT and Ald. Osterman’s office are looking for input on important destinations in the ward, routes that you use now, routes you want to use, barriers to biking and walking, opportunities for success, and programming ideas. If you have any comments or questions, please contact ally@48thward.org or cdotbikes@cityofchicago.org.

The project planning will move forward with an organized bike ride later in the summer, task force meetings in the summer and fall, and a second community meeting in the winter of 2017. After engineering coordination throughout 2018, construction is expected to begin in 2019.

Sign up for advocacy alerts from Active Trans to stay informed on the 48th ward pilot project and other Bikeways for All initiatives.