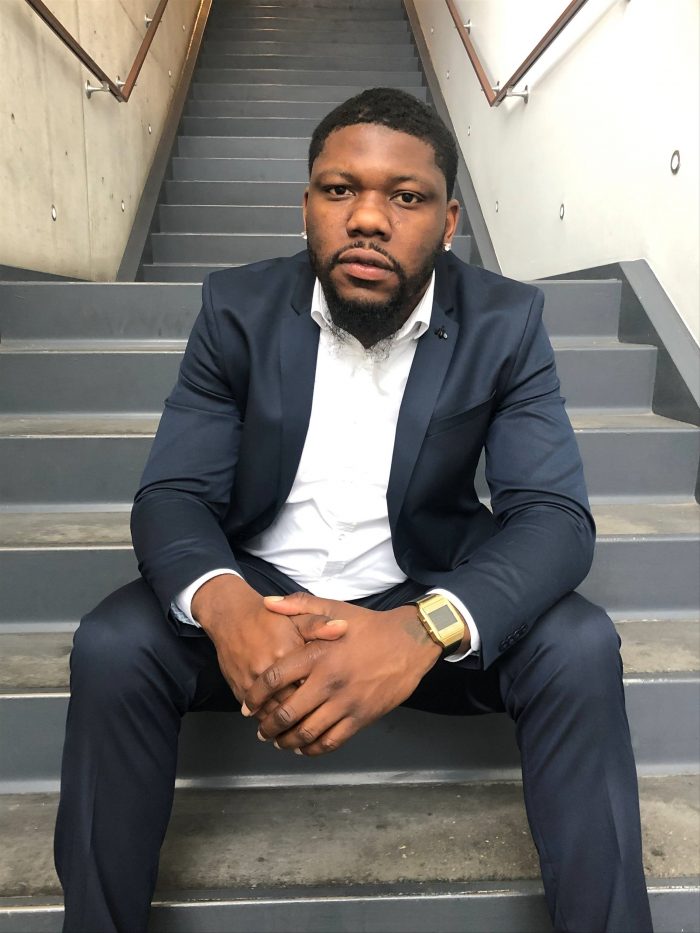 Pha’tal Perkins has seen for himself the transformative power of bicycling. The bicycling advocate and community activist created the Roll N Peace bike rides to get more residents in Englewood to hop on two wheels as a way to promote public safety and unify this neighborhood on the southwest side of Chicago.

His extraordinary advocacy work with the Roll N Peace bike rides as well as other community safety initiatives earned him a 2020 Advocate of the Year award from Active Transportation Alliance.

Dubbing himself as a community activator, Perkins developed the Roll N Peace bike rides to cast Englewood in a new light — an area that is often stigmatized as one of the most dangerous neighborhoods in Chicago. The event provides a safe space for people to cycle in Englewood and brings residents together to address how to create a culture of empowerment, safety, health and wellness, and respect in the community.

“I remembered how much fun I had riding bikes when I was a kid,” says Perkins, a lifelong resident of Englewood. “I just thought the [Roll N Peace bike rides] would be a great way to bring the community together and make people feel safe.”

“While there is violence [in Englewood], we’re working through that. There’s love here also,” he adds. “There are people here that genuinely care, that get up every day and work together to make this a better community. So I want people to just come and see that [Englewood] isn’t so bad.”

The Roll N Peace bike rides take place in June and September. The event kicks off with a rally and connects participants to community resources.

The group bike ride attracts veteran and newbie bicyclists from across Chicago, ranging from age 7 to 70, according to Perkins. The 8-mile ride takes the cyclists through Englewood, letting them check out points of interest and landmarks along the way.

Since the Roll N Peace bike ride was launched in 2018, the event has grown to more than 1,000 participants from 200 participants.

“There’s talk about defunding the police, but the reality is that they’re here now and still have a certain amount of power. They’re part of the community,” Perkins says. “How do we identify those officers that genuinely care? And how can we begin building that relationship so that law enforcement and community members can co-exist? … [The Roll N Peace event has] been a way to begin building relationships with those officers who do care.”

Perkins accepting the City Advocate of the Year Award from Active Trans in December 2020.

The Roll N Peace rides have been so successful that Perkins plans to expand the program as part of Think Outside Da Block, a nonprofit he created that provides educational and wellness programs for kids and young adults in Englewood.

In addition to holding the mass bike rides twice a year, the expanded Roll N Peace program will host smaller group rides regularly throughout the year. The program will also include a community bike shop.

Mentors will train students from Think Outside Da Block on how to repair bikes, and the students will use those new skills to provide bike-repair services to Englewood residents.

Beyond organizing the Roll N Peace program, Perkins is also involved in other activities that are designed to make Englewood a safe, thriving, and prosperous neighborhood. He was appointed a community representative to the Mayor’s Bicycle Advisory Council, where he advocates for safe bicycling and walking conditions in Englewood.

“I am absolutely excited and happy to represent the far southwest side,” he says. “It has made me understand how certain laws get passed and how these things get discussed. It’s a great combination of people working together and talking about these issues in a deep way.”

Perkins is putting those insights to work as the project coordinator for This Is My Englewood (T.I.M.E.) 21:36, an initiative funded by the Department of Justice to reduce crime and develop public safety strategies in the community while improving the relationship between law enforcement and residents.

Some of the strategies that Perkins is working on include activating residents as community leaders and ambassadors, ensuring at-risk individuals are able to provide input on how to make the community safe, providing restorative justice training for police officers, implementing beautification projects, and spurring economic development.

With his advocacy work on the T.I.M.E. 21:36 project, the Roll N Peace rides, and the Mayor’s Bicycle Advisory Council, Perkins hopes he can inspire other Englewood residents to join him in making their neighborhood safe and vibrant. “I want people to be able to say, ‘If he could do it, then I can do it.’  I still live here, and I’m building the community with them daily and making it better,” he says. “I’m here fighting the fight with them.”

The photo above is Pha’Tal Perkins, courtesy of him.