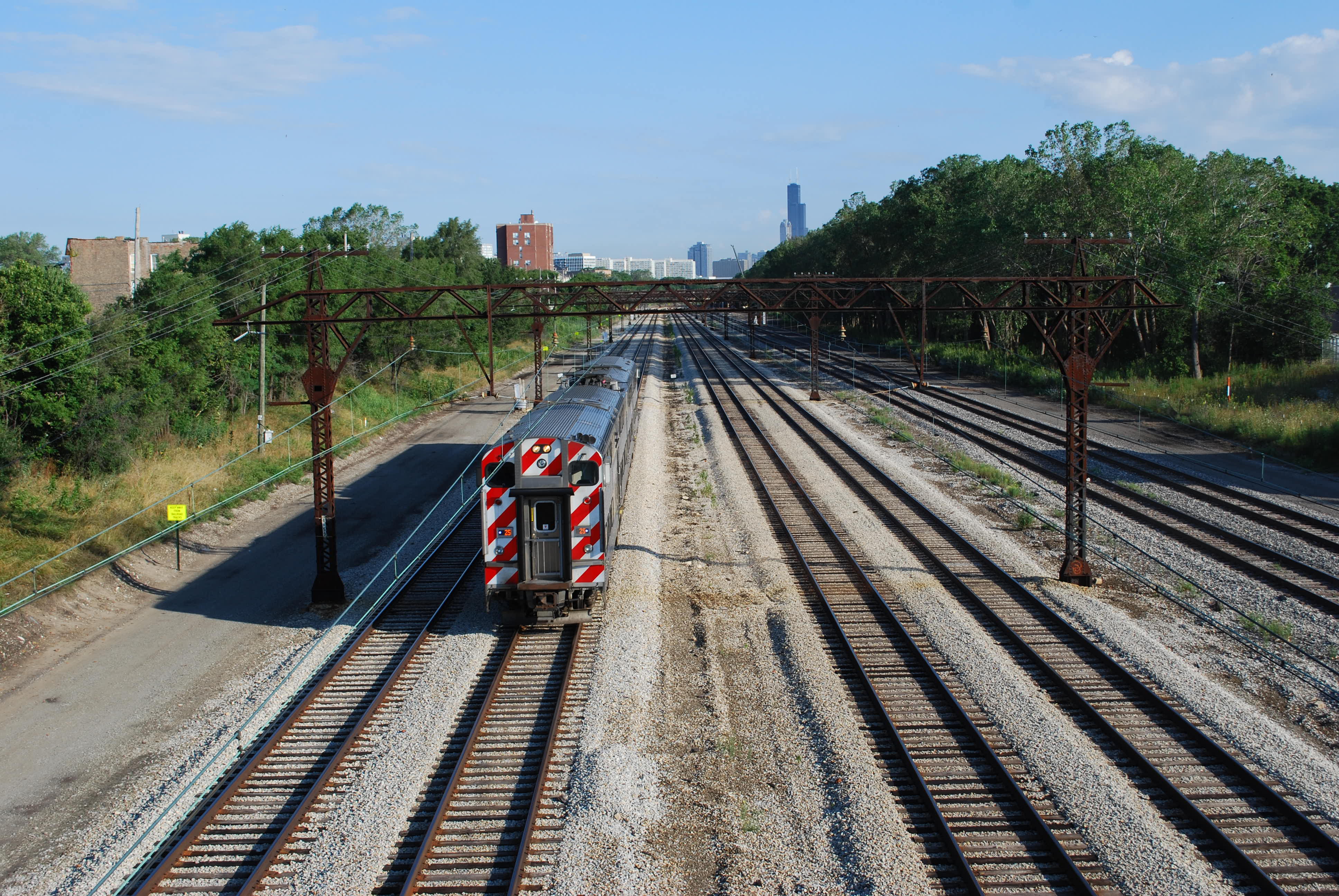 For decades, South Chicagoland residents and transit experts have recognized the potential benefits of enhancing service along the Metra Electric District (MED) line. Now, after many years, there’s a renewed effort encouraging Metra to commit to improvements.

Active Trans has joined more than a dozen community groups from the South Side and South Suburbs as part of the Coalition for a Modern Metra Electric (CMME).

The coalition — which is getting unveiled publicly at Wednesday’s Metra board meeting — calls for Metra Electric to operate like a true rapid transit line, with trains running every 10-15 minutes throughout the day.

Currently, trains generally run every hour on the line, which stretches along Chicago’s South Lakefront and into the South Suburbs between downtown Chicago and University Park. Metra runs a few extra trains on the line during the morning and evening rush during the week.

This infrequency of service prevents residents from seeing it as a viable transportation option. For those residents who don’t work on a 9-5 weekday schedule, it’s not even a viable option for commuting.

We’re working with community groups and elected officials along the line to change that.

The coalition’s other priorities include integrating fares and schedules across Metra, Pace and CTA using the Ventra card with a transfer discount, and eventually extending service to O’Hare Airport via McCormick Place and Union Station.

Join the coalition by signing a letter of support to your legislators today.

The Metra Electric line, which carries no freight traffic, has long been seen as an underutilized asset in the region.

Citizen advocate Mike Payne started promoting the increased frequency concept at public meetings in the late 1990s and successfully fought to get his Gray Line proposal in the Chicago Metropolitan Agency for Planning’s (CMAP) regional plan.

Later the idea was branded as the Gold Line by community advocates when Chicago was pursuing a bid for the 2016 summer Olympics.

The coalition is working with local state legislators along the line to build support, work with Metra to chart a path forward and find funding. The proposal enjoys broad community and political support, largely because of the economic and job access benefits.

The South Lakefront and South Suburbs are frequently identified as “transit deserts” in the region, where working class residents lack access to quality jobs and critical services.

In these towns and neighborhoods, residents are forced to spend a large portion of their income on a car to get to the region’s main job centers, not to mention hospitals, universities and other vital institutions.

Visit the coalition website to learn more and show your support by contacting your legislators today.