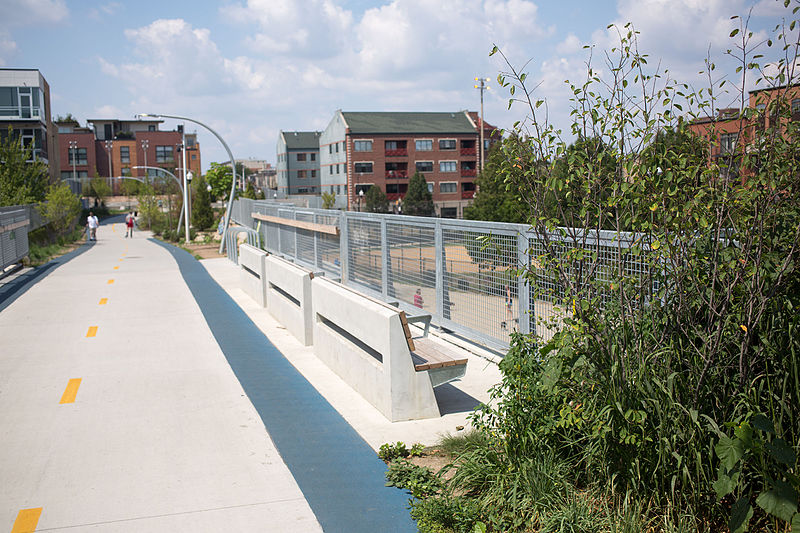 This important step forward occurred when city council voted to pass an ordinance to freeze housing demolitions along the 606 Trail, an area where swiftly increasing housing prices have been pushing families from the neighborhood.

On Tuesday, I testified in support of the ordinance alongside Christian Diaz of the Logan Square Neighborhood Association at City Council’s Committee on Housing and Real Estate. Active Trans is thankful for the tireless efforts of lead sponsors Alderman Carlos Ramirez-Rosa and Alderman Roberto Maldonado.

In the spring of 2015, I got involved with local community efforts to raise awareness and advocate for housing protections for families living along the 606 Trail. My family lives in Hermosa, about a mile away from the western end of the trail.

Fear of people getting displaced wasn’t something that was just discussed when the trail opened; residents and organizers had been bringing up this topic as a core concern for years as the trail was in development.

In the first couple of years of its opening, I was engaged in planning community meetings to invite residents to share concerns and develop ideas for housing stability along the 606. There was no shortage of ideas and many people shared concerns about housing demolitions.

Now almost five years since its opening, we know the fears that residents had were not in vain. There is no denying that there is an affordability crisis in Logan Square and Humboldt Park, particularly along the 606 Trail.

In 2016, a report from the Institute for Housing Studies showed that housing prices on the western segment of the 606 had increased by 48.2 percent since breaking ground and by 9.4 percent since the trail opened.

The disappearing affordability in the communities along the 606 is further amplified by the demolitions that have gone on unabated. Between 2006 and 2019, there were 768 demolition permits issued in Logan Square.

The first few times I rode my bike on the 606 Trail, I recall seeing new luxury housing being built on the western end of the trail. Knowing that the prices would be unattainable for people like my family made clear the critical need to ensure that families could stay in the neighborhood.

Affordability translates to people being able to stay in the neighborhood, which is becoming increasingly difficult for non-white families. Since 2000, according to a WBEZ analysis, the Latinx population in Logan Square has fallen by more than 20,000, while the white population has grown by more than 12,000.

Race and income should not be a determining factor in whether Chicagoans can afford to live near a walking or biking trail. As an organization committed to creating neighborhoods where people can safely walk, bike, and use public transit, Active Trans sees the right to stable housing as part of that vision. We support communities in developing their own solutions for the issues they are seeing.

Five years into the opening of the 606 Trail, I am still conflicted about its meaning and I hope we can come to a point where a biking and walking trail doesn’t have to mean instability for working families. If we want sustainable communities, we have to care about housing in tandem with improving walking, biking, and public transit.