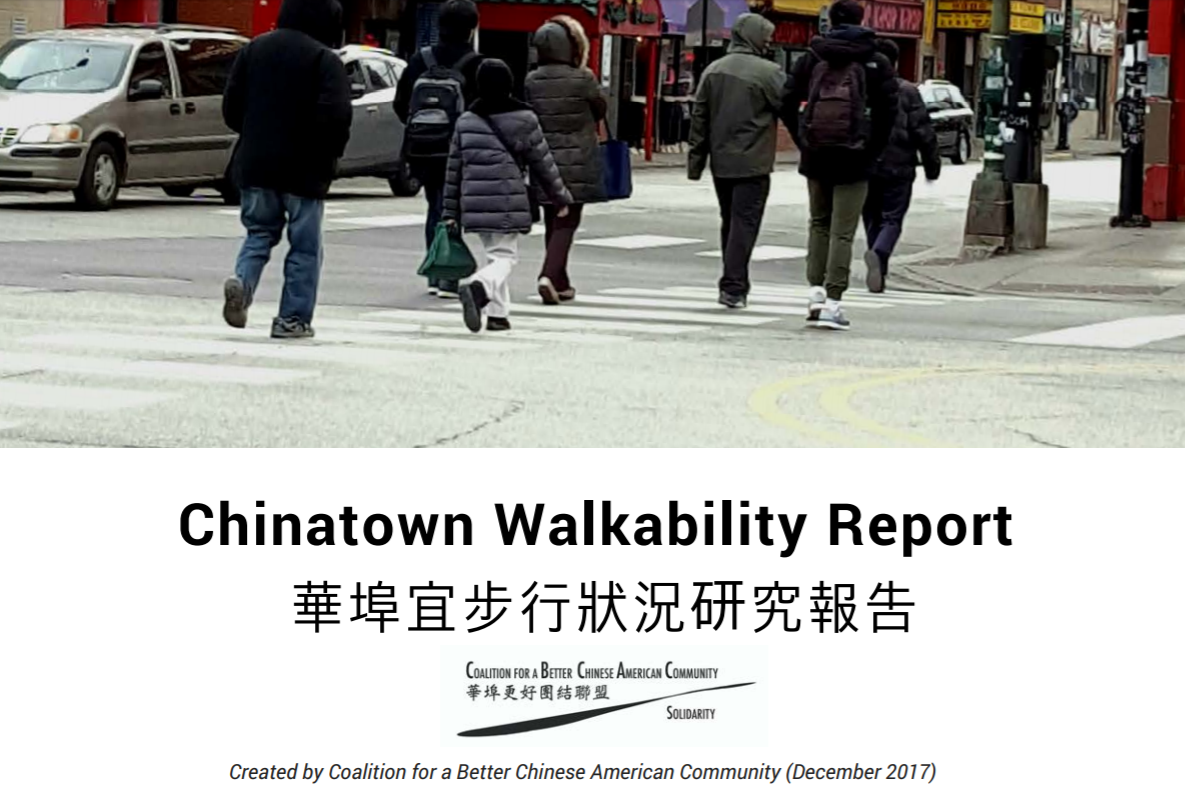 Chicago’s Chinatown has been touted as one of the only Chinatowns in the U.S. that is growing. Indeed, over the past several years, Chinese Americans have moved beyond Chinatown’s core within Armour Square and into “Greater Chinatown.”

While Chicago’s Chinatown is a vibrant neighborhood and great place to live, it’s also long overdue for active transportation investments.

The Coalition for a Better Chinese American Community (CBCAC), Alderman Solis and Chicago Metropolitan Agency for Planning (CMAP) began work on a long-term vision plan in 2013 as part of Chinatown’s centennial celebration. The Chinatown Community Vision Plan was a culmination of two years of research in which more than 2,000 individuals provided input on the future of Chinatown.

Transportation was highlighted in the vision plan as a top priority area. After anecdotal evidence of a cycling generation gap, minimal crash data, problematic behaviors and intersections, and a high senior (aging-in-place) population, it became even more apparent that access to safe walkable and bikeable streets needed to be further explored.

CBCAC received a Healthy Chicago 2.0 grant from the Chicago Department of Public Health (Public Health Institute of Metropolitan Chicago) to look at the intersectionality of transportation and liveability. In partnership with the Consortium to Lower Obesity in Chicago Children (CLOCC), local volunteers were trained on the Neighborhood Walkability Audit Tool (NWAT).

Forty-six volunteers observed a total of 34 intersections; 51 blocks were audited three times within Chinatown’s core. In addition, five charrettes or focus groups were held, some targeting specific populations like seniors and youth.

As part of promotion of this project, two placemaking events to celebrate active modes of transportation in Chinatown were held at the Allen Lee Plaza.

This work was developed into a full report. One of the report’s recommendations is for the Wells-Wentworth Connector to bridge “old” and “new” Chinatown together as well as connect Chinatown to downtown. This project is set to begin this year. More placemaking events are set to occur this year as well.

Currently CBCAC is working with Alderman Solis and CMAP once again — on a parking management study.

This extensive process has helped us think about the needs of the community and how to address issues like anti-displacement/anti-gentrification.

This guest blog post is by Debbie Liu, Community Development Coordinator at the Coalition for a Better Chinese American Community.

Active Trans is grateful to Debbie Liu and CBCAC for being a dedicated Active Trans partner, offering key insights and connections for the Chicago River Trail campaign along the South Branch and leading the fight for the 31st Street Bus pilot.

If you want to work to improve conditions for people walking in your community, reach out to julia@activetrans.org to learn more about how you can follow CBCAC’s example in your own community.