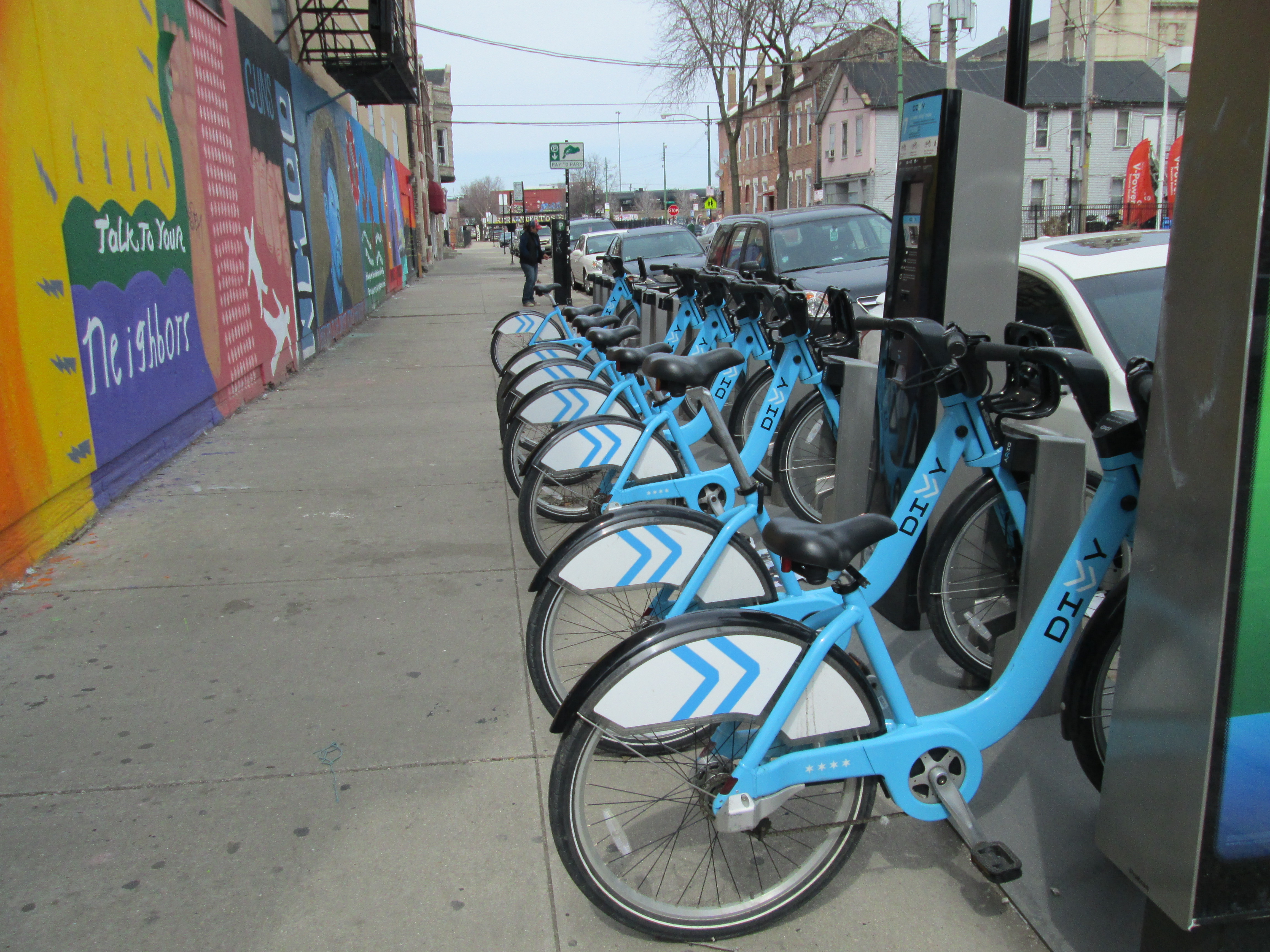 Update [4/10/19]: Chicago City Council voted to approve the contract amendment and expand Divvy to all 50 wards! Thanks to everyone who took action and helped keep Chicago’s bike share system public. Stay tuned for ways to help fight for an inclusive, equitable expansion process.

Update [3/26/19]: We recently sent a letter to Chicago City Council enthusiastically supporting the proposed amendment of the City of Chicago’s existing contract for the operation of Divvy, Chicago’s highly successful bike share program. The proposed deal achieves the goal of expanding Divvy citywide, while keeping the system in public hands.

Divvy is two-wheeled public transit. All Chicagoans deserve access to an expanded, well-run bike sharing system that is integrated with other forms of public transit.

Active Trans doesn’t have any preference when it comes to the system’s vendors, but there are important differences between the two proposals from Lyft and Uber that were released this week. The city announced its agreement with Lyft on Tuesday, and the Chicago Sun-Times reported on Uber’s alternative offer later in the week.

Under Chicago’s deal with Lyft, Divvy will expand to all 50 wards by 2021, adding 175 stations and 10,500 docked and dockless bikes. All the new bikes will be electric-assist. Lyft will provide $50 million in capital funding for the expansion and $7.5 million in revenue annually to the city to spend on transportation.

Uber offered to invest $200 million in Chicago over five years, including rolling out 20,000 Jump bikes by May of this year. Under this proposal, the Uber-owned system would exist alongside Divvy and any other private bike share systems.

The public is best served when cities retain control over their transit systems, rather than turning management over to private companies and allowing them to decide where, when and how to operate. It’s critical that an expanded bike sharing system in Chicago complements – and not competes with – the existing Divvy, bus and rail networks, and retaining public control makes this more likely. Public control also better positions our transit systems to meet equity goals.

The Lyft deal is an expansion of Divvy that keeps the system under Chicago’s ownership and operation. It locks in the expansion and affords better opportunities for integration with other forms of public transit. The deal allows Chicago to keep the bikes and stations at no cost when the contract ends.

The Uber proposal would create a separate bike sharing system owned by Uber, which would decide how to operate it and it could potentially compete with Divvy and public transit. Uber could also remove its bikes at any time.

The two proposals are apples to oranges; one is publicly operated and the other is privately operated. The investment totals featured in media coverage are misleading because of this crucial difference.

The privately-run bike sharing model is common in cities that lack an established public bike sharing system, but a publicly-run system is preferred in cities with established systems like Divvy in Chicago. Chicago should keep our system public.