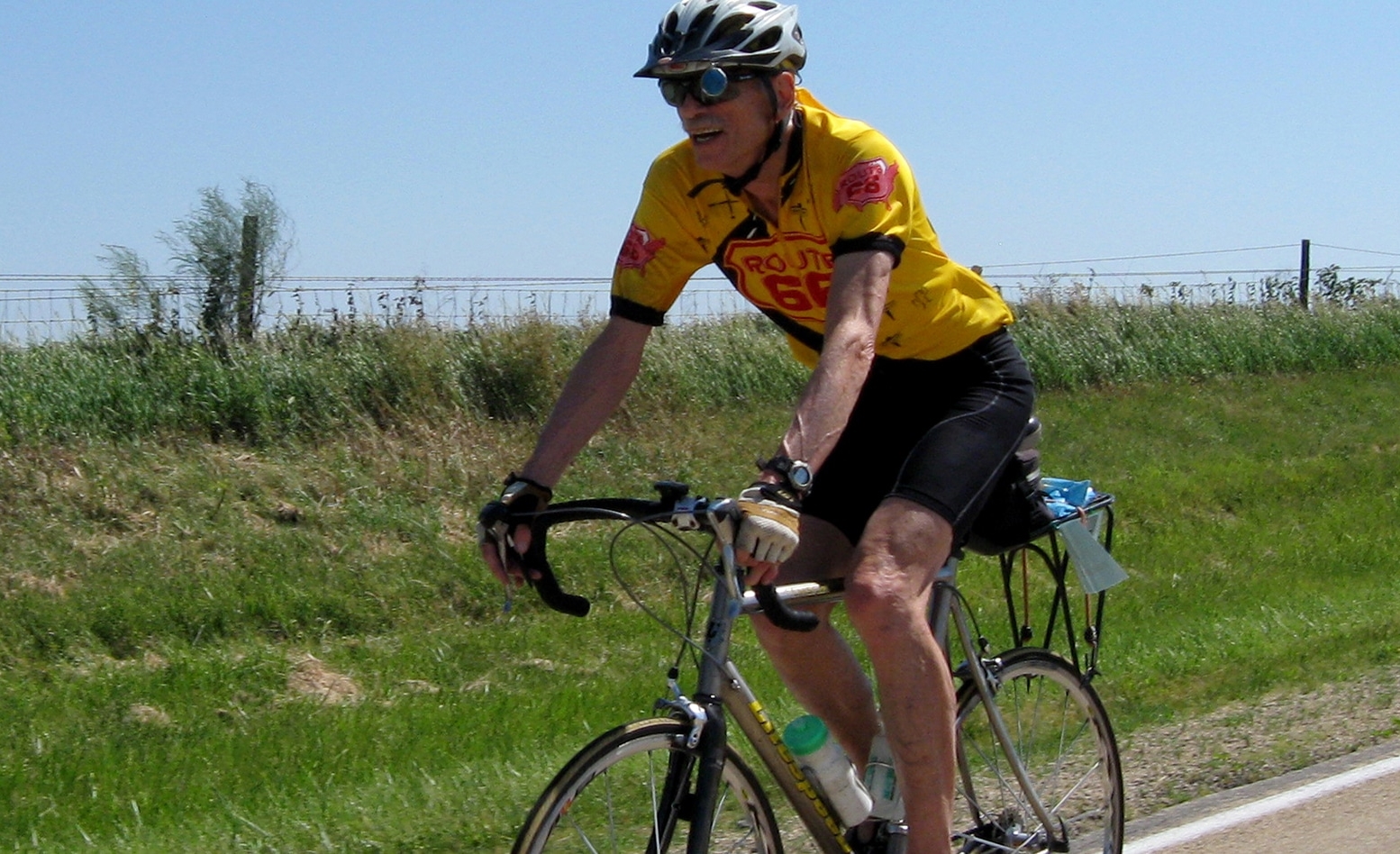 We were saddened to hear the news of the death of Al Sturges, someone who had a deep and enduring impact on cycling in Chicagoland and throughout Illinois.

A resident of south suburban Park Forest, Sturges served as a board member and founding executive director of the state-wide bike advocacy organization Ride Illinois (formerly the League of Illinois Bicyclists), and he served on the board of the Active Transportation Alliance for many years.

Sturges said his interest in helping create better conditions for people biking all started when he took up bike commuting in Chicago’s South Suburbs — riding to and from the train to get to work. From there, he said his interest continued to grow.

Often racking up 6,000 miles a year on his bike, Sturges and his wife, Barbara, were members of an active bike club in the south suburbs called Folks on Spokes, and each served as president of the club.

Sturges served on the Active Trans Board of Director’s financial and policy committees. He would help out at the Active Trans office, he worked on Active Trans biking events like the Boulevard Lakefront Tour as well as Bike the Drive, and he administered a bike rideability survey of roads in the South Suburbs with other volunteers.

While working with Ride Illinois, Sturges helped extend trails in the south suburbs and he helped establish the Grand Illinois Trail, a 500-plus mile cycling loop around northern Illinois that largely follows multi-use trails. He was instrumental in getting Ride Illinois on firm footing in its early days and hiring its first paid staff.

According to an article posted on the Ride Illinois website after Sturges stepped down from the organization’s board this past summer: “Whether you ride a bike once a year or everyday, you have benefited from Al Sturges’ three decades of time, talent, and effort.”

We’re grateful for the many decades that Sturges put toward improving cycling in Illinois. He will be missed.