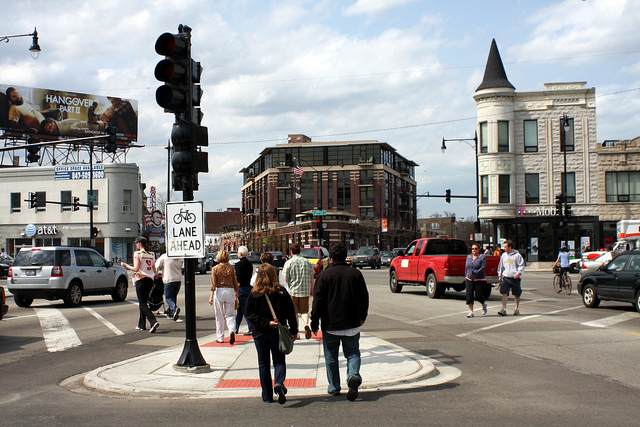 You may know that the Chicago Tribune has led the charge against red light cameras, and their assertions — similar to misleading claims they have made about speed cameras — have been flawed at times. The Tribune also failed to mention that experts like the Federal Highway Administration found that red light cameras reduce crashes.

So I was pleased that the Tribune recently published letters in support of red light cameras, including this one that argues people should follow the law:

Jan. 6, 2015
Red light camera program has positives
I don’t understand the furor over the city’s red light camera program, which the Tribune seems to be stoking. If a driver passes a red light, endangering the lives of others, what’s the problem with issuing a ticket? And why would it matter if the ticket were issued by a camera or a police officer?

The data seem to have many mixed messages, but it appears that the more severe T-bone crashes are being reduced. Further it would seem that driver behavior, over time, would also be altered, so that the driver portrayed in one of the articles as blaming the cameras for his own reckless behavior (being the second car to enter after the yellow and rear-ending the first) will realize he needs to drive more responsibly.

John Corona from Niles put it even more succinctly in his Jan. 5 letter to the Tribune: “A violation is a violation, crash or no crash; when did that change?”

Active Trans has always said that enforcement cameras should go where they will do the most good for traffic safety, with no regard for revenue generation. Some red light cameras around the region don’t meet this criterion, and that undermines credibility in the system. Red light cameras can also be more effective by adjusting the yellow light timing in some locations to be more appropriate for the type of intersection and vehicle speeds.

Unfortunately, some critics want red light cameras gone all together, and they’re trying to sell their message to candidates in Chicago as a populist, righteous cause.

But when you peel back the layers of their arguments, you find the main reason that many are red in the face: They don’t think breaking this law warrants a ticket, and their need to get somewhere a little bit faster is more important than driving safer and following the law.

I think it’s fair to say that many of us (and that includes me at times) get impatient and frenzied when we’re driving, biking and walking. We’re usually polite and responsible Midwesterners, but something about traveling on a street can bring out recklessness, confrontation and a sense that my need to get somewhere fast is more important than my fellow travelers' needs and more important than following traffic laws.

The norm on our streets, unfortunately, is overly reckless behavior, and that will only change with more enforcement of traffic laws for all modes of travel.

I am reminded of the serious injuries that Chicago Alderman Deborah Graham and Alderman Howard Brookins suffered because of motorists who ran red lights, and their stories are, sadly, all-too-common. They understand the importance of enforcing red lights — do the candidates in your local elections? Keep watch on our election efforts to learn more.