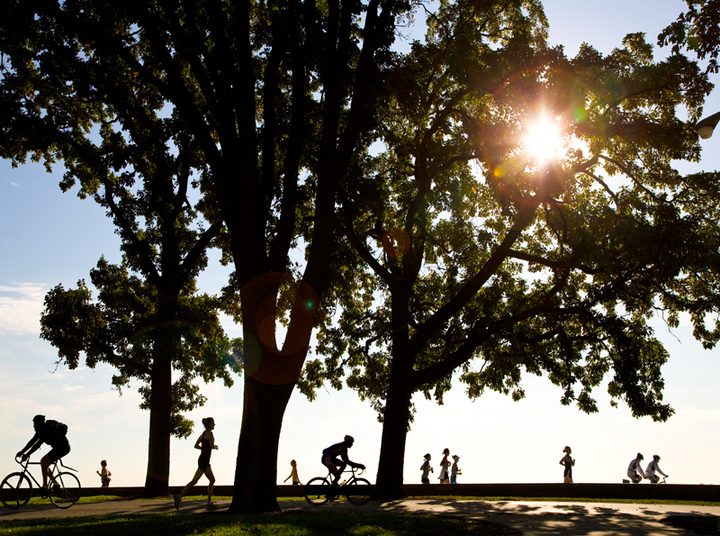 Have you ever wondered why you felt better after spending time in nature or exercising by water? You experienced this because research shows these activities improve mood, cognitive functioning and self-esteem.

That is just one of the reasons why creating more green space like trails in urban areas is critical.

Over 50 percent of the world's population lives in cities and that number will rise to 70 percent in the next twenty years.

At the same time, city residents are more likely to have an anxiety and mood disorder than those in rural areas.

The positive psychological effects of urban trails is just one of the reasons we are working hard to create a continuous Chicago River Trail.

A trail like this will provide more opportunities to both enjoy the natural world and get more exercise.

The studies are piling up showing benefits of spending time in the natural world.

In one such study, researchers from Stanford University found that time spent in nature had a positive impact on mood and cognitive functioning and decreased anxiety levels.

The 2015 study followed two groups of people — the first walked for 90 minutes in a natural area while the second walked in a high-traffic urban setting. The study found significant changes between the groups in brain activity. People who walked in nature saw their negative thought patterns decrease.

Along with spending time in nature, exercising near water has been found to improve self-esteem and mood, according to a 2010 study in the United Kingdom. People with mental illnesses had the greatest self-esteem improvements from green exercise.

Continuing to add trail segments to the Chicago River's North and South Branches is an excellent policy response to increased demand for activities that improve mental health.

It's time to recognize that trails are much more than recreational amenities and serve as major contributors to healthy communities.

Trails are smart public policy because they return so much value to communities, including improved public health, stronger economic development and a cleaner environment. Now we can add they help strengthen our mental health to this rapidly growing list.