Chicago River Trail comes together in 2017 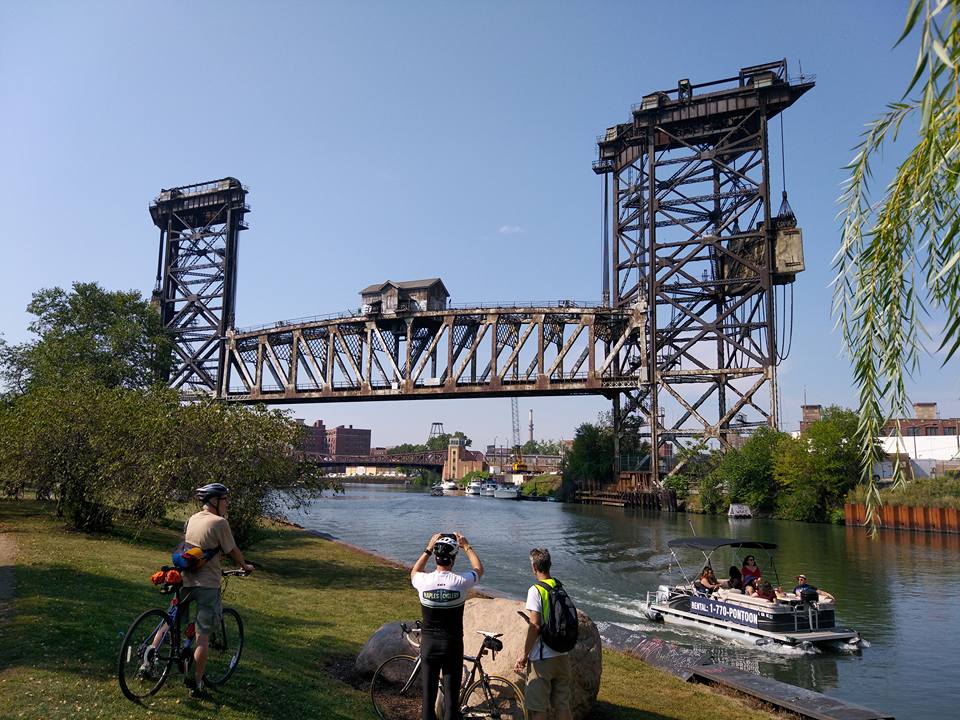 Great progress towards a continuous Chicago River Trail happened in 2017. As the year winds down, we're grateful to share progress on many fronts and excited about opportunities in 2018 to move the trail closer to a reality.

The city added several trail segments and moved forward with development concepts that improve biking and walking along the river. Chicago City Council approved the Goose Island redevelopment plan in July, which has several exciting transportation projects, including extending the 606 trail into Lincoln Park.

In August, the North Branch Trail extension opened, bringing one of the busiest regional trails all the way south to West Foster Avenue on Chicago's Northwest Side.

Then the city broke ground in October on the 312 RiverRun Trail, which includes the dramatic Riverview Bridge. Scheduled to be completed next year, this trail will provide a continuous path between Montrose and Belmont.

Proposals for extending the Riverwalk from Lake Street south to Ping Tom Park are currently on display at River Edge Ideas Lab at Expo 72 (72 E Randolph). Convened by the city and our coalition partner, Metropolitan Planning Council, these ideas demonstrate that we can build trails along highly developed land.

This year also saw the movement grow for a clean environment along the Chicago River. Active Trans joined Friends of the Chicago River at River Park to hear an update on a project that will remove a dam and add native plants and wildlife. At the same time, research continued to pile up showing that city residents receive mental health benefits when they spend time in nature and exercise by water.

Along the way, our campaign partners and supporters had a great time. In September, over fifty people joined us for a bicycle ride for the Chicago River Trail on the south side that included stops in Chinatown (pictured), Pilsen and Bridgeport. Campaign staff also provided a Chicago River water taxi tour to Sierra Club members. In addition, it was a pleasure to join our 2017 Advocate of the Year, the North Branch Trail Alliance, for its inaugural bicycle ride.

Also, in the past year, Active Trans launched the Chicago River Trail coalition, which will provide an important forum to continue working hard to move the trail forward. We also partnered with Alderman Laurino (39th Ward) on the first River Trail campaign workshop, which was well attended and provided great ideas for improving neighborhood trails and linking them together.

2018 offers many opportunities to build on our progress. We're excited to have recently received funding for a project in the Logan Square neighborhood. It will examine how we can improve the stretch of Logan Boulevard just west of the Kennedy Expressway east to Lathrop Homes on Diversey Avenue. Improving this area will create safe and easy access to the river and reduce crashes that happen all too frequently along these intersections.

We also plan to ramp up advocacy efforts to move the Weber Spur Trail forward. This trail will provide an important connection between the North Branch and North Channel Trails. In addition, we will do extensive public outreach along the South Branch in 2018 to gather ideas about riverfront development including the trail.

Thank you to our members and supporters for a productive year. Stay tuned for more opportunities to advance the Chicago River Trail in 2018.

Have you signed up for Chicago River Trail campaign updates? Please take a moment to sign up here.