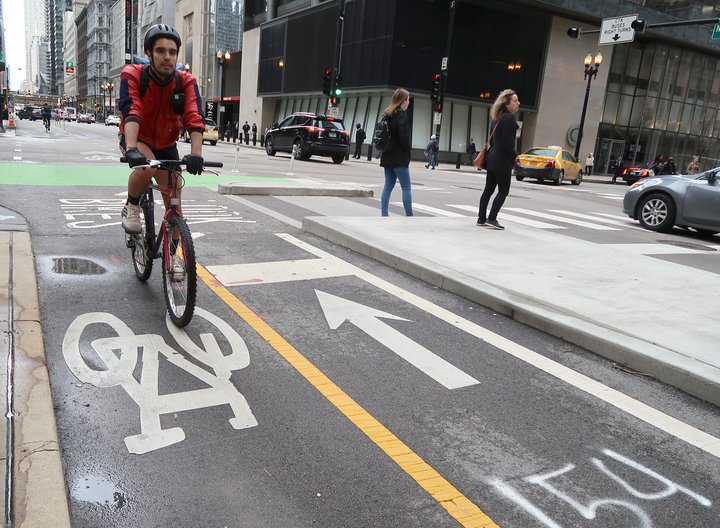 As a new mayor and city council prepare to take office, we need to ensure that Chicago builds upon its success by creating more bikeways for all ages and abilities and ensure that they are accessible to all Chicagoans.

The transition to a new administration provides a natural opportunity to reflect on recent progress and future opportunities to improve our network of bikeways.

That’s why we’ve called on the city to build 100 miles of new bikeways by 2023. Mayor Lightfoot and 24 members of city council have already endorsed this goal.

Since 2011, Chicago’s bike network has grown rapidly, adding nearly 150 new miles of bikeways. Despite this progress, 60 percent of Chicagoans still do not have access to safe, low-stress bikeways for all ages and abilities.

To gain a better understanding of where things stand, Active Trans produced the Chicago Bikeways Update report. The document includes an analysis of existing bikeways, investigates who has access to the network, profiles construction trends and delivers recommendations for the new mayor and city council.

The next administration should also make it a priority to complete the Spoke Routes identified in the city’s Streets for Cycling 2020 Plan, which link outlying neighborhoods with the downtown core.

Better bikeways are smart public policy. Safe, low-stress bikeways built for all ages and abilities are proven to encourage more people to use bikes as everyday transportation.