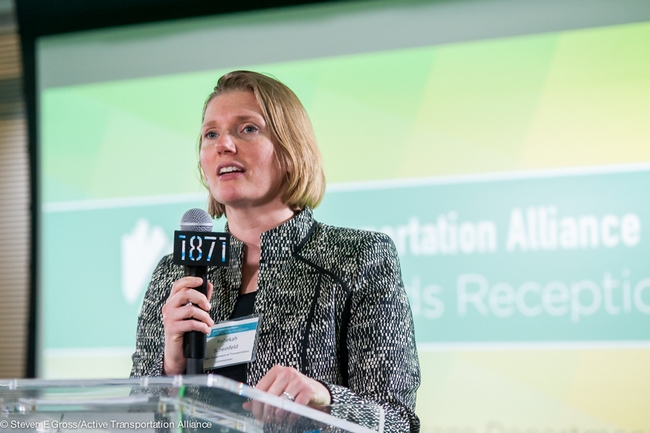 Each year, the Active Transportation Alliance honors local nonprofits, businesses and individuals that have demonstrated strong support for healthier, cleaner transportation options throughout the region.

It’s our chance to recognize all the great work that happens around active transportation in Chicagoland.

A sincere thanks to the 200 or so people who came to enjoy food and drinks at Chicago’s technology incubator, 1871, for this year’s event, held on March 7.

In addition to a silent auction and an awards ceremony, the event included a welcome video from Mayor Rahm Emanuel, with an introduction from Chicago Department of Transportation Commissioner Rebekah Scheinfeld (pictured above).

Our Business Leadership Award was given to Expedia, which has participated in Active Trans’ Bike Commuter Challenge for a number of years. Expedia has provided creative incentives to get its staff biking and it hosts what has consistently been one of the city’s top Commuter Challenge pit stops.  (Read about the great work Expedia has done over the years.) 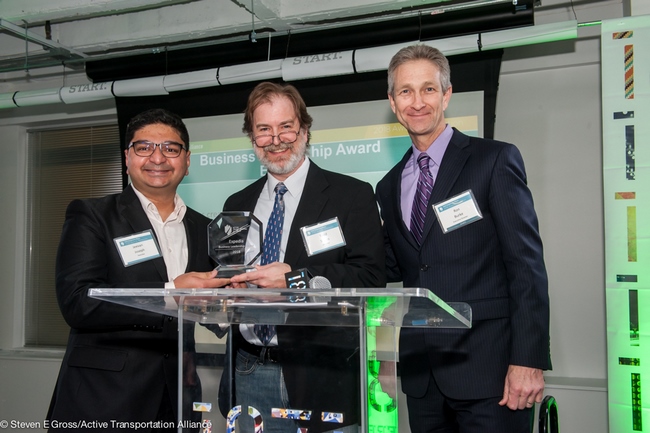 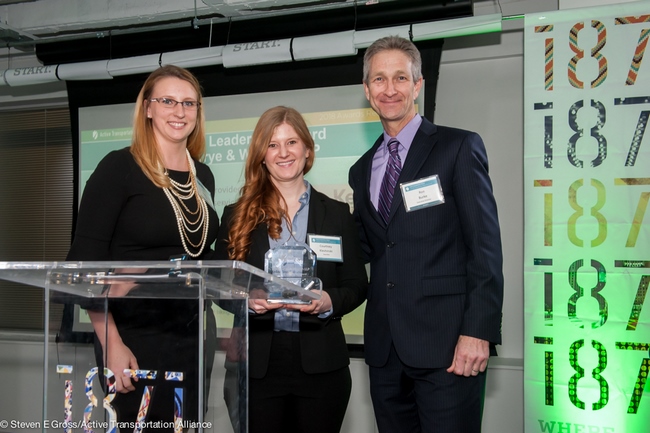 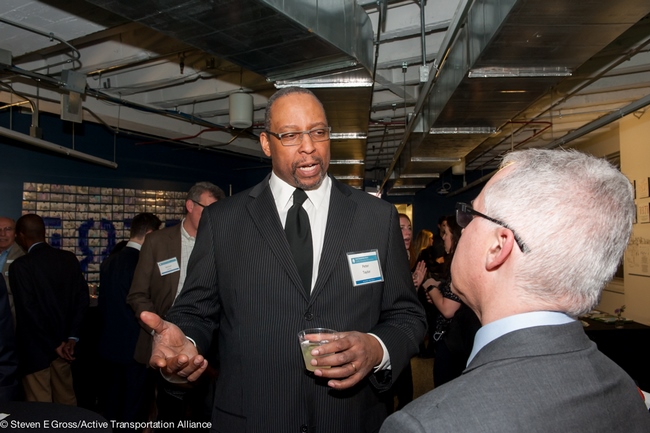 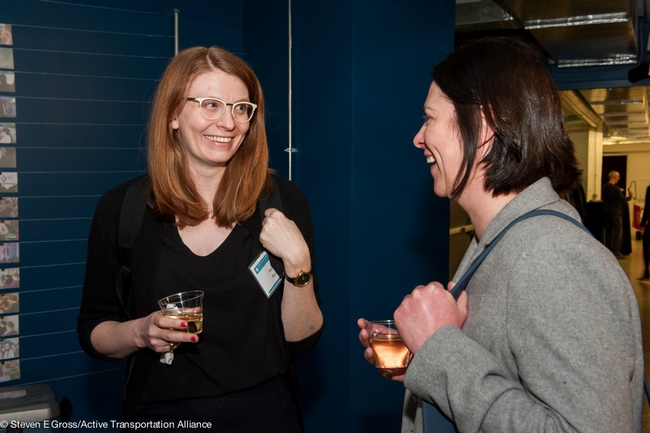 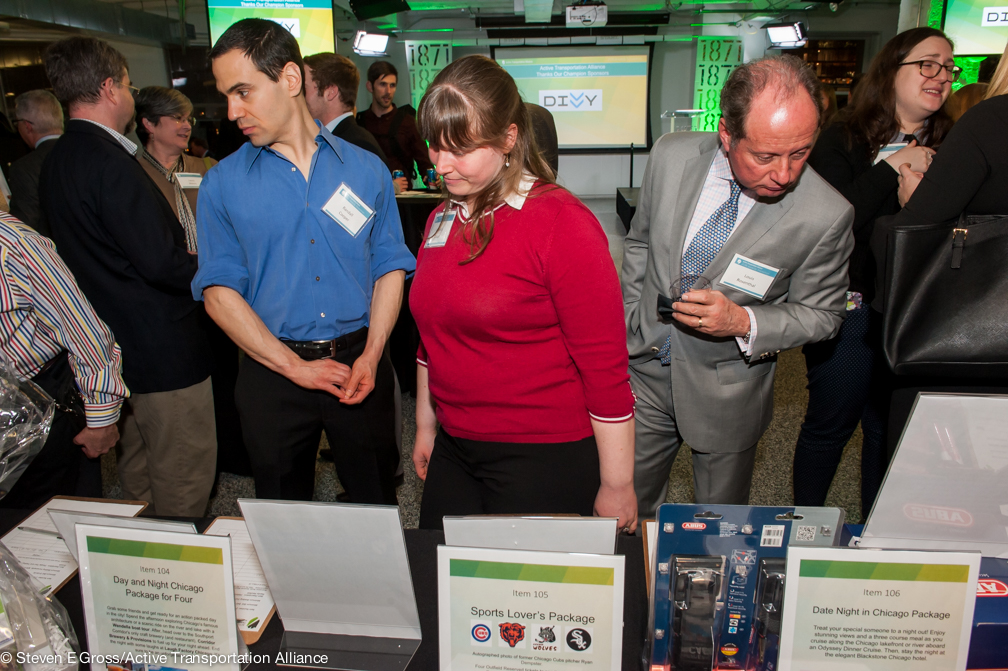 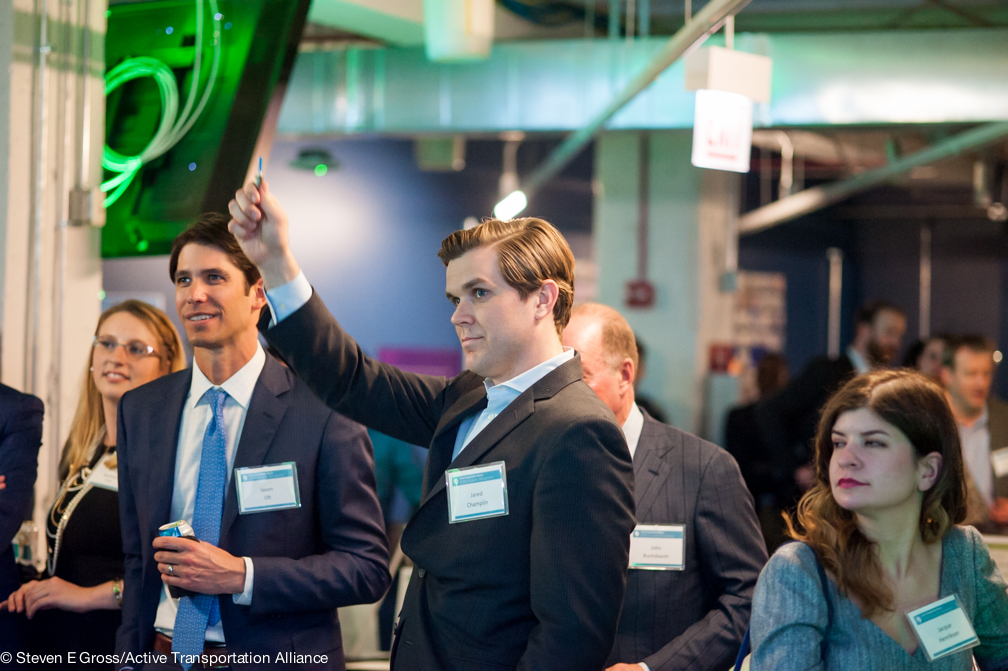 Also awarded this year was Ken Griffin. Griffin, who received our Community Leadership Award, generously donated $12 million to create separate bike/foot trails on the Chicago lakefront, bringing to fruition a much-needed improvement that Active Trans has sought for nearly a decade.