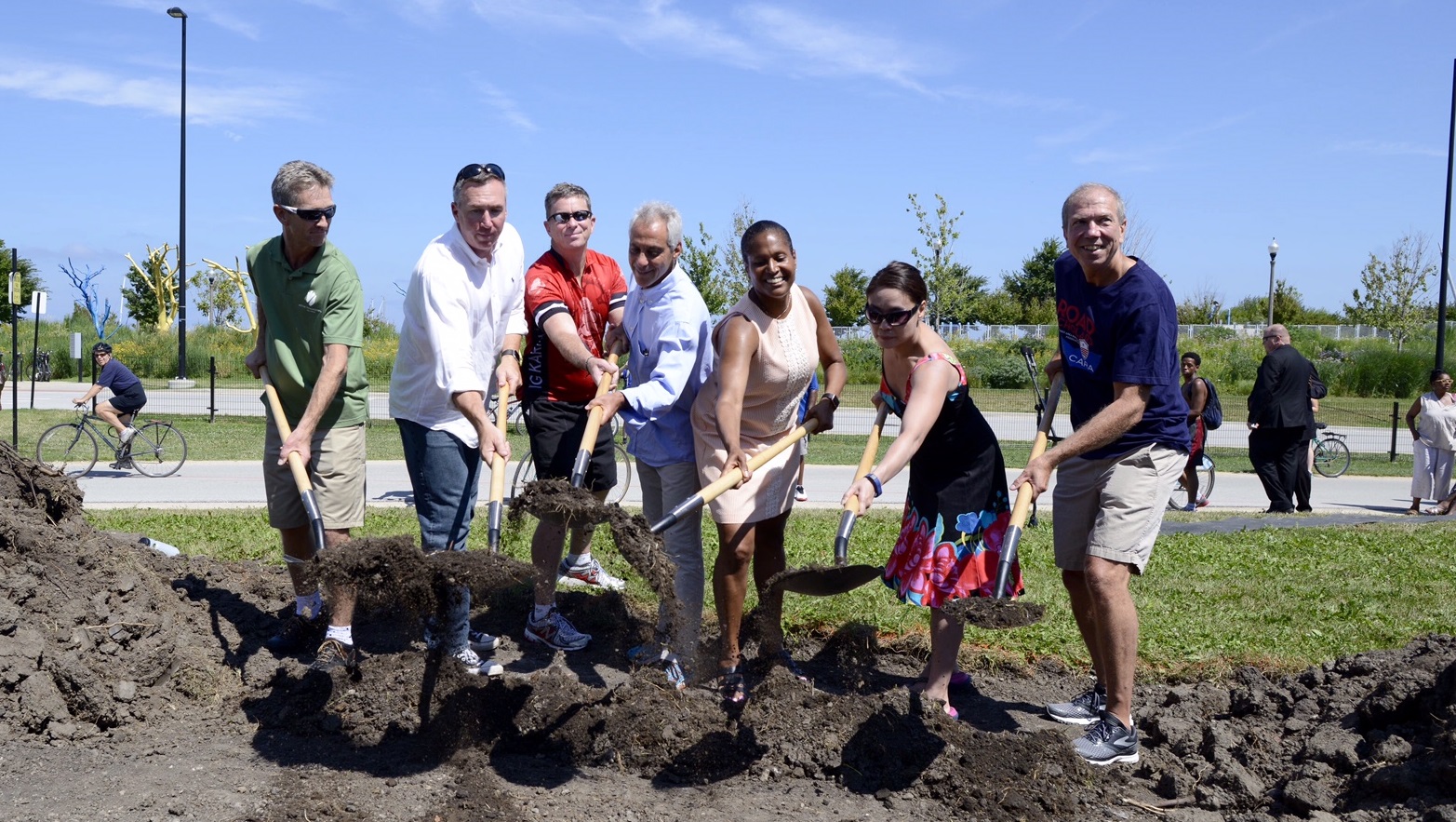 After decades of advocacy efforts to make this happen, the Chicago Park District recently broke ground on the first phase of the Lakefront Trail separation project at East 31st Street.

The first phase of the project is expected to be completed this fall, and construction will start in 2017 on the next phase on the North Side between West Fullerton Avenue and East Ohio Street. The project was first announced in March as part of the Mayor’s Building on Burnham initiative.

Read our reaction when the news broke earlier this year.

The project will separate the trail into two distinct paths in two of the most congested segments. The commuter trail is for people biking to work or travelling longer distances through the park, eliminating the need to weave in and out of people walking. The pedestrian Lakefront Trail is designed for people on foot.

See an outline of the plan for two paths between 31st and 51st Streets.

Creating a continuous, high-quality Lakefront Trail has been one of Active Trans’ top priorities since our founding more than 30 years ago. After decades of studying the trail, working with the Chicago Park District to push for improvements, and talking with our supporters about trail issues, in 2014 we launched a petition calling for creating separated trail space.

Our 2011 study found more than 30,000 people visit the trail daily at the busiest points, and we estimated more than 100,000 used the trail on a typical summer weekend, making it one of the busiest trails in the U.S.

Learn more about our history of trail advocacy on our lakefront page.

As the project moves forward, we will continue to work with the city to ensure leaders effectively implement improvements and upgrade trail infrastructure along the full length of the trail. We haven’t seen the plans for the segment on the North Side yet, where space limitations present a bigger design challenge than 31st Street.

UPDATE: The Park District hosted a public meeting to review the South Lakefront separation project on Tuesday August 30th at 6:30pm at Ellis Park Fieldhouse (3520 S. Cottage Grove). Trail users provided feedback on the current plans and learned about what's next. Click here to see a conceptual rendering of the separation project.