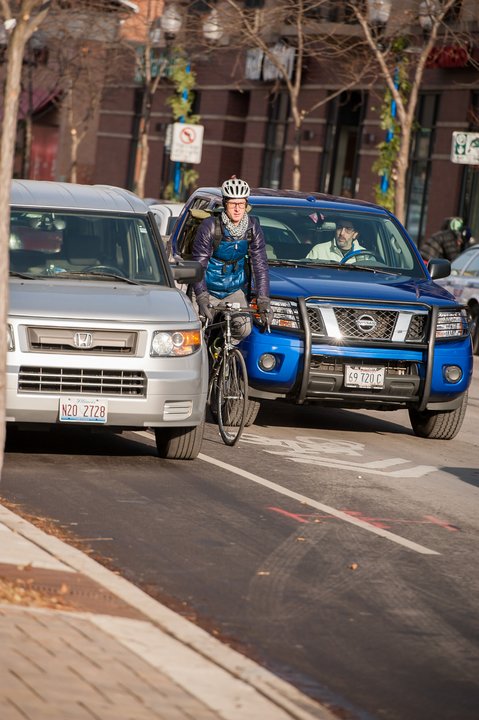 The results of the state elections are in and now it’s time for Illinois’ new leaders to get to work building a healthier, more sustainable and equitable transportation network.

Illinois hasn’t passed a long-term plan to fund the state’s transportation infrastructure since 2009, and that has contributed to an $19.4 billion maintenance backlog for the region’s transit agencies. Making matters worse, the state cut transit funding in the 2017 and 2018 budgets.

We also know that the state spends virtually none of its own funds on dedicated biking and walking infrastructure, relying instead on a relatively small amount of federal bike/walk dollars that comes nowhere close to meeting the needs.

During the primary election season in February, Active Trans published the 2018 Illinois Sustainable Transportation Platform. The platform, which incorporated input from community partners and grassroots supporters, charts a course for how state leaders can build a better transportation future for Illinois.

Priorities include a new Bike Walk Fund in the state’s annual budget and long-term capital funding for efficient, sustainable projects.

Active Trans is building support for a bill that would increase mobility and opportunity for all residents by dedicating at least 40 percent of transportation spending to public transit projects and at least $50 million (2 percent of IDOT budget) to biking and walking. People across Illinois need better access to jobs, schools, healthcare and other services, and businesses need transportation upgrades to attract top talent.

Sign our petition calling upon the next governor and state assembly to commit to a $50 million Bike Walk Fund.

In October a group of 27 Chicagoland CEOs sent a letter to Gov. Rauner and J.B. Pritzker urging them to establish a Bike Walk Fund if elected. Leaders from eight Chicago area community organizations also endorsed the fund, which would be used for new biking and walking projects on corridors where the most crashes occur, many of which are in low-income communities and communities of color.

Active Trans NOW also asked supporters to volunteer for four potential bike/walk/transit champions running for state office, all of whom were victorious.

With the veto session beginning next week and a new legislative session starting in January 2019, state leaders must act. Building safer, healthier and more sustainable communities requires upgrading the transportation system, especially in the highest need areas across Illinois.