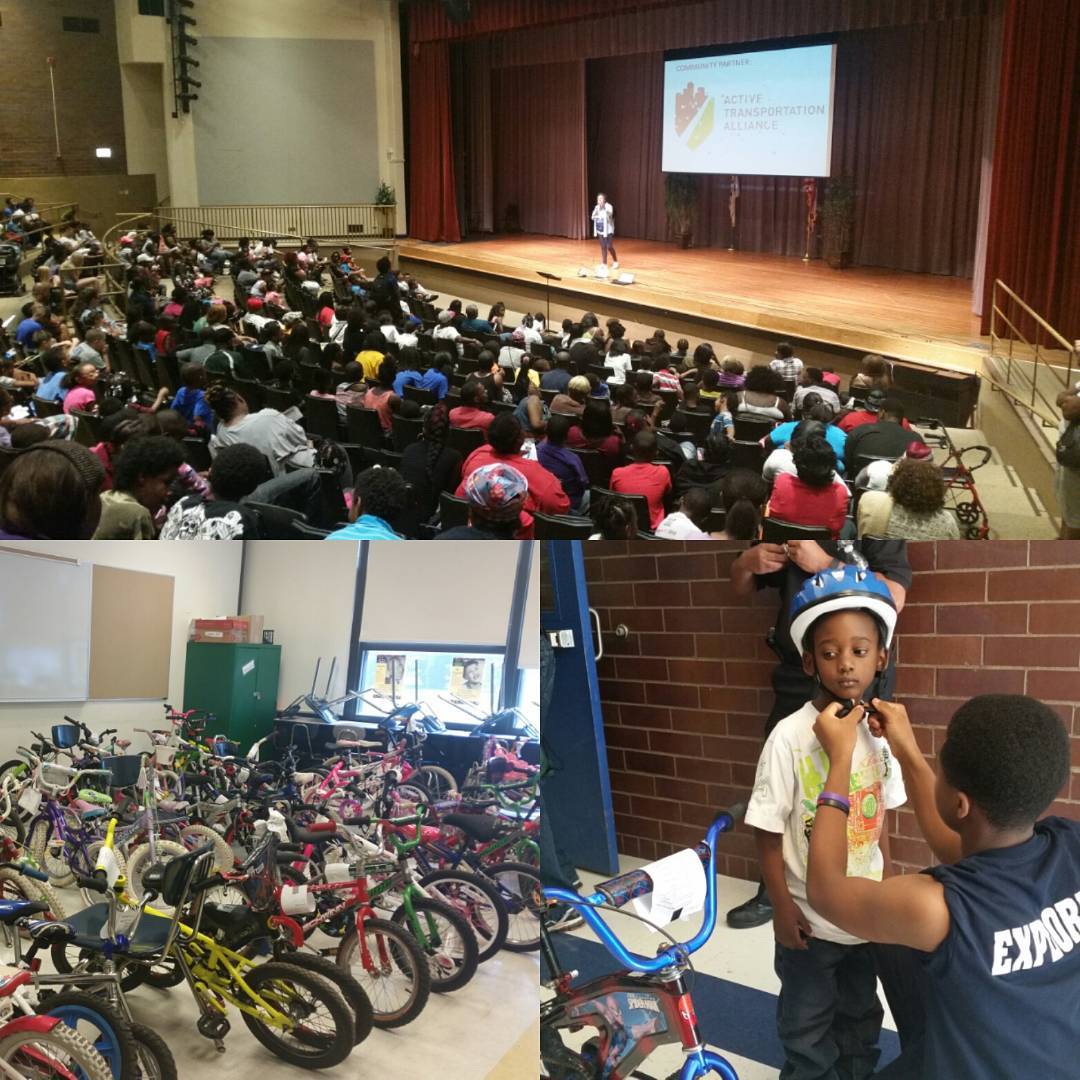 On a recent Saturday morning, hundreds of hopeful children lined up in front of North Lawndale College Prep for their chance at getting a free bike.

The lack of access to bikes for many children in North Lawndale was something that spurred Angela Ford to organize this event.

Ford, a bike enthusiast and executive director of the TAG Foundation, raised money and partnered with Working Bikes in 2014 to give away 500 children's bikes in Bronzeville.

Like many Chicago neighborhoods, North Lawndale, located on Chicago's West Side, has faced challenges stemming from poverty and community violence.

But a rich network of community partners at the event made it clear there are a lot people working to improve quality of life of the residents and build off of the community’s many assets.

Participants packed North Lawndale College Prep’s auditorium as representatives from each partner organization welcomed them and spoke to the connection between biking, social justice and a better quality of life for neighborhood residents.

After the welcoming remarks, bikes and a lock and a helmet were given to children living in North Lawndale on on a first-come, first-served basis. Hardworking volunteers from Working Bikes refurbished the bikes months prior to the event.

Trevor Clarke, a Working Bikes board member, said one of his favorite moments was helping a young girl choose her bike.

“She looked bewildered at first, he said, as she was walking with her new bike. We walked down the hallway to get a lock and a helmet and got a few ‘Whoa!’ [and] ‘Sweet bike!’ comments from volunteers. After the first comment, she started smiling, and by the end of the hallway, she was beaming.”

After children had their new bikes and helmets fitted, they participated in a bike safety class and got to test out their skills on a safety course before riding home with them.

Children weren’t the only ones who were all smiles that day. Clarke said parents and guardians expressed their gratitude as well.

As for Ford, seeing children with their new bikes and helmets further fueled her passion for bike advocacy.

“I knew those were ‘our kids.’ I knew we did that, she said. I created this TAG Bike Builder when a lot of people said it was a bad idea and it couldn’t be done. To date, 1,000 children have bicycles because of my vision. That’s good enough for me.”