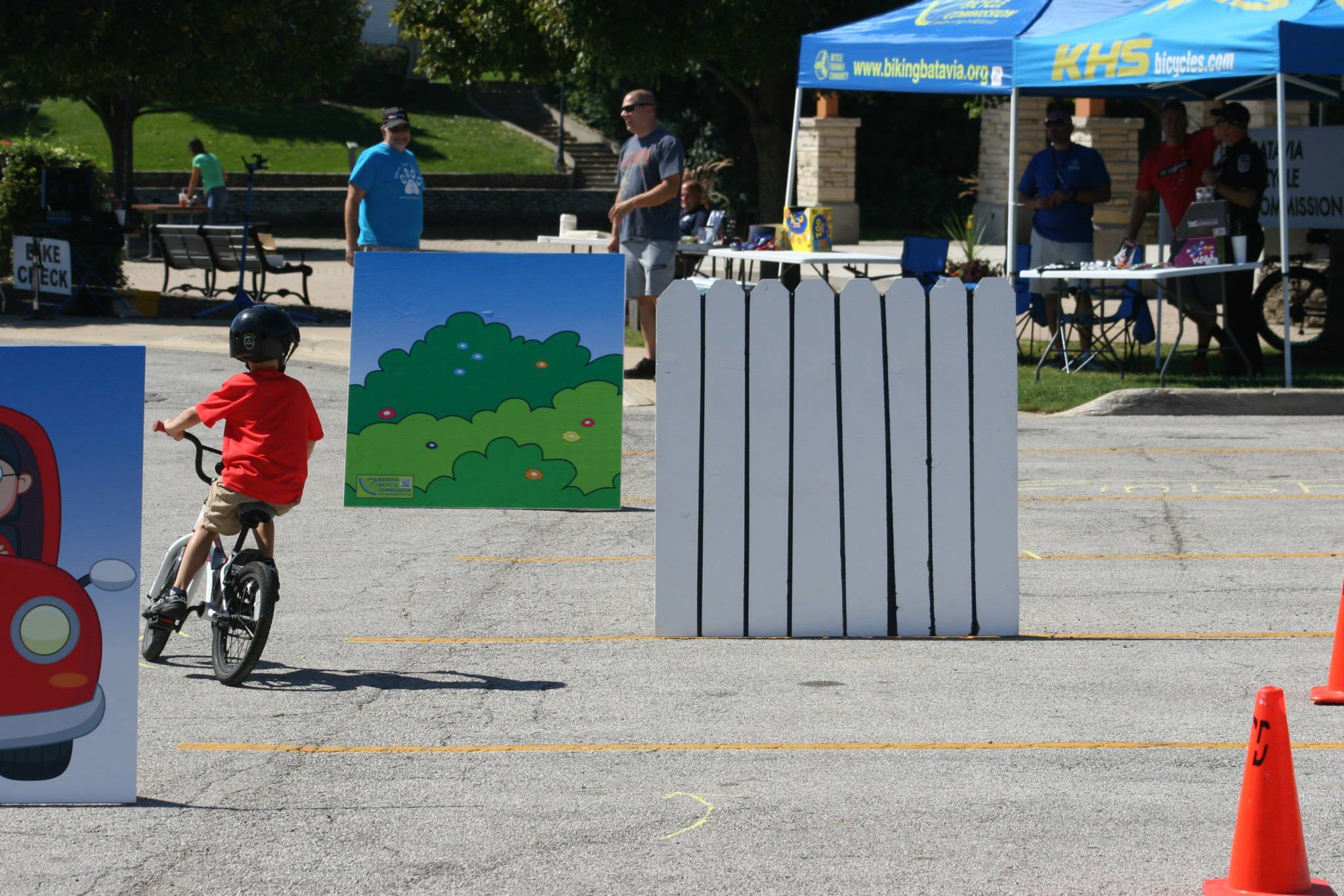 Throughout the Chicago region, many of them aren’t able to walk and bike to school due to poorly designed streets. In the western suburb of Batavia, a group of local advocates made it a mission to change this.

The Fox River runs through city, separating it in two parts. Routes 25 and 31 are two busy state roads running parallel on both sides of the river.

Given the obstacles running north and south, it’s a challenge for anyone wanting to travel east-west by foot or on bike.

With a handful of schools located nearby, it’s especially challenging for kids.

That's why the Batavia Bicycle Commission took on the issue of making walking and biking safer for kids near the Fox River.

The group was awarded a Safe Routes to School infrastructure grant through the Illinois Department of Transportation (IDOT) a few years ago to build a pedestrian median at a major intersection on Route 31, which is heavily trafficked with 4 lanes.

Unfortunately, the bicycle commission ran into some difficulty trying to get the project off the ground.

The week construction began, many people and local business owners became upset when they weren’t informed of what was happening, and the city council eventually voted the project down, meaning the raised median wasn’t installed on Route 31.

There was some streetscaping done and there’s a light at the major intersection, but it’s still not safe.

“We just went to city council to try and fight…to get [that] one very important crossing,” said Joanne Spitz, a member of the bicycle commission. “But we didn’t get it and fought quite a bit. We still think there’s a problem getting from east to west in our town.”

Not all was lost for the bicycle commission, though. They had also received a Safe Routes to School non-infrastructure grant, which funds biking and walking education-related projects.

With that money, the group bought a bike trailer and bike-related accessories to give away to kids in Batavia. The group also held bike rodeos that teach kids road safety (pictured above) and coordinated Bike/Walk to School Day events in October and May.

The advocacy the Batavia Bike Commission has done is a great example of how the state's Safe Routes to School program can be used to promote better walking and biking for kids.

The sad news is that due to decreased funding of IDOT’s Safe Routes to School program, it’s harder for many communities in Illinois to receive the support they need to increase safety for kids walking and biking to school.

Active Trans wants to change that. Learn more about our Safe Routes for Healthy Kids Campaign to increase funding for the Safe Routes to School program and make administrative changes to make it easier for communities to apply.