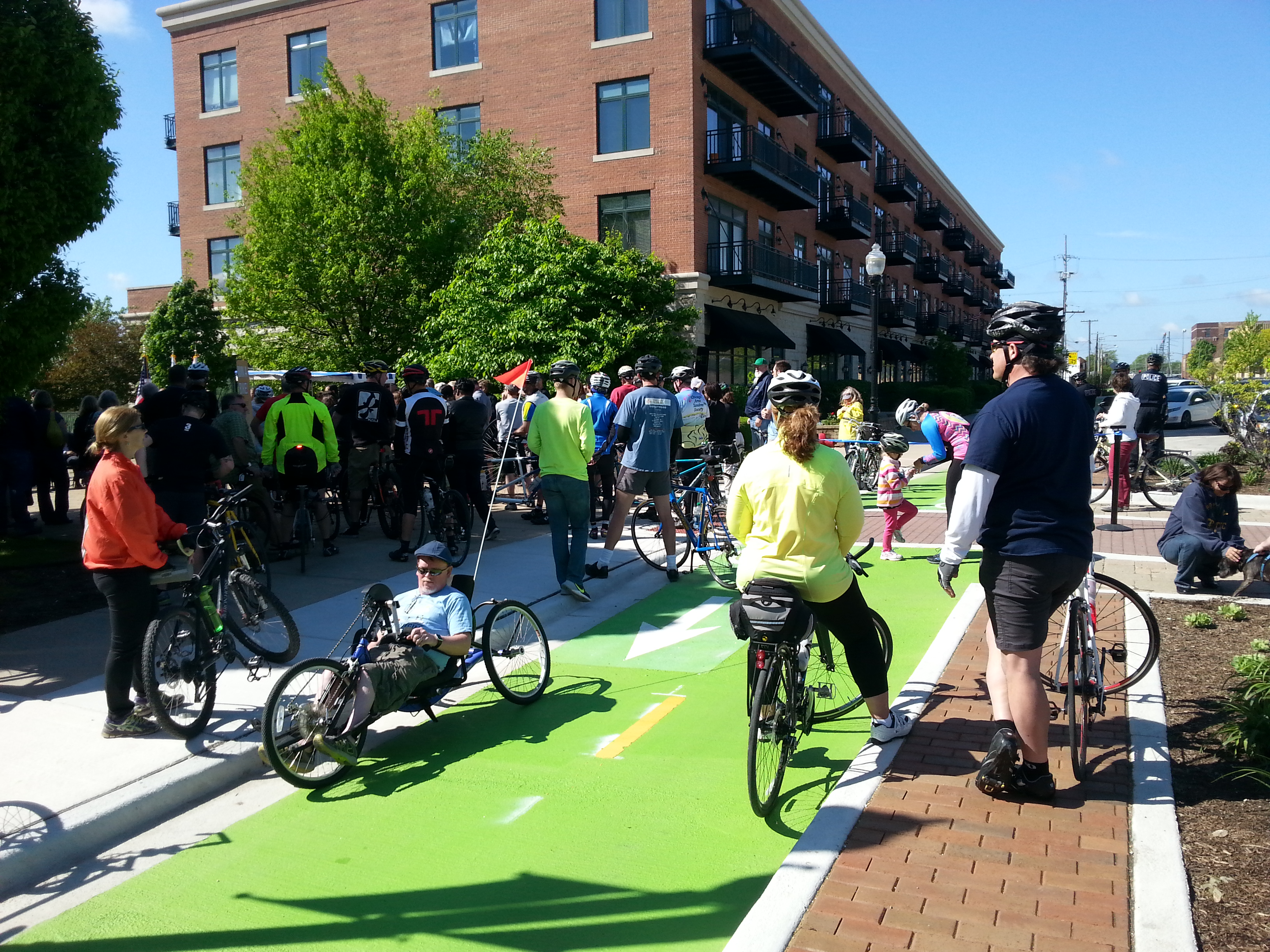 Protected bike lanes (PBLs) are for more than just Chicago and directly-adjacent suburbs.

Aurora, welcome to the (growing) club!

On May 13, the City of Aurora officially opened a half-mile of curb-protected PBLs on River St.

The new bikeway serves those biking for transportation and closes the last major gap in the 60+ mile Fox River Trail network.

After decades of the city’s incremental progress in closing the gap, Mayor Tom Weisner took a bold step. He instructed and empowered staff to find a creative solution, using city funds.

Having learned about PBLs at the Illinois Bike Summit and elsewhere, city engineer Eric Gallt opted for this treatment as part of River Street’s complete street makeover from a three-lane, one-way state road.

Local cyclists report a “night-and-day” difference in safety. Gallt reports almost always seeing a bicyclist there, a big change from the past.

75 bicyclists and dozens of others attended the ribbon-cutting, one of ten such Protected Bike Lane Week events co-sponsored nationally by People For Bikes, a bike industry group.

In his remarks, Mayor Weisner touted the new protected bike lanes as a quality of life and economic enhancement to Aurora’s downtown.

The bikeway provides an off-road trail experience as well as access to new and existing businesses along its length.

The protected bike lane project and other bike projects are making it easier for Aurora residents and visitors to bike for recreation or for transportation – either as a choice or a necessity.

It’s smart policy as Illinois’ second-largest city, like many others, seek to attract businesses and a young workforce.