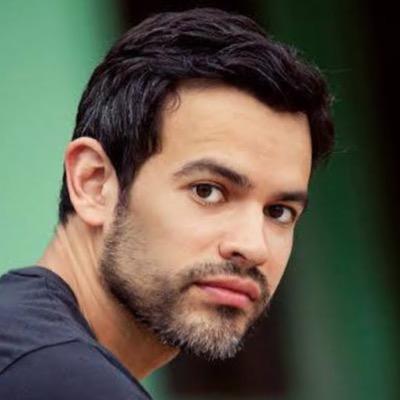 If you're someone who's tuned into the goings on of local TV news, you might've heard that Anthony Ponce recently left his TV news reporting job for NBC Channel 5, and instead launched his own interview-type podcast.

Ponce, a regular cyclist, is a member of a family known in local broadcast news. Anthony's brother Dan is a news anchor at WGN Channel 9 and his father Phil is the host of “Chicago Tonight” on WTTW Channel 11.

For his new podcast project, Anthony picks a theme and interviews people on this theme. The interviewees are people that he picks up as a ride-sharing driver.

One recent episode prompted Ponce and the owner of his podcast distribution company, Norm Pattiz, to give generous donations to Active Trans.

We had an opportunity to ask Ponce about his career change and how the donations to Active Trans materialized.

Please tell us about your recent work transition and your podcast.

After working for 13 years as a reporter for traditional TV news outlets, I was ready for a change. I created the podcast, Backseat Rider, as a way to connect with and share the stories of everyday people — beyond the 10-second soundbites you hear on the news. My goals through the podcast are to show that we a) all have impactful stories to learn from and b) we have a lot more in common with each other than most people might think.

While working on a recent episode of your podcast, you decided to give Active Trans a donation, which prompted another donation. Could you explain how that came about?

The decision to donate to the Active Transportation Alliance happened in a very unlikely way — it happened while recording a podcast about paranormal experiences. You really have to listen to the episode to fully understand what led to the donation (must download iTunes to play). I will say this, though: the man who witnessed the crash wrote to me after hearing the podcast, and said he got choked up when he heard I was going to donate any proceeds to the Active Transportation Alliance. In turn, I got choked up when I got an email from the owner of PodcastOne, Norm Pattiz, telling me he wanted to personally donate.

I understand you’re a cyclist. Please tell us about your experience cycling in Chicago and what you like about it?

Before I started this new venture, I was a reporter and anchor for NBC Chicago, down at NBC Tower in Streeterville. During the warmer months, I would bike to work, which was perfect for me. It built great scenery (the Lakefront Trail), stress-relief, and exercise into my daily commute. As a cyclist, I have enjoyed witnessing the emergence of more protected bike lanes, along with the 606. I'll be thrilled when the Navy Pier Flyover is finally complete.

We often hear complaints against Uber and Lyft drivers because they are blocking bike lanes. As a cyclist and Lyft driver, what are some strategies ride-sharing drivers can use for avoiding parking in bike lanes?

Being both a cyclist and a ride-share driver, I see this issue from a unique vantage point. To my fellow drivers, I would say it's not about strategy, it's just about effort. When possible, during pick-ups and drop-offs, it doesn't normally take that much extra effort to find a safe place to pull all the way to the curb where you're not blocking the bike lanes. Your passenger can walk a few extra steps — it's not going to affect your rating, so put in that effort! To my fellow cyclists, I would say: in some situations, street parking is so packed that it is, unfortunately, impossible to find an opening. In those situations, a little patience and understanding from you would be appreciated.