Another rail-trail likely coming to Chicago 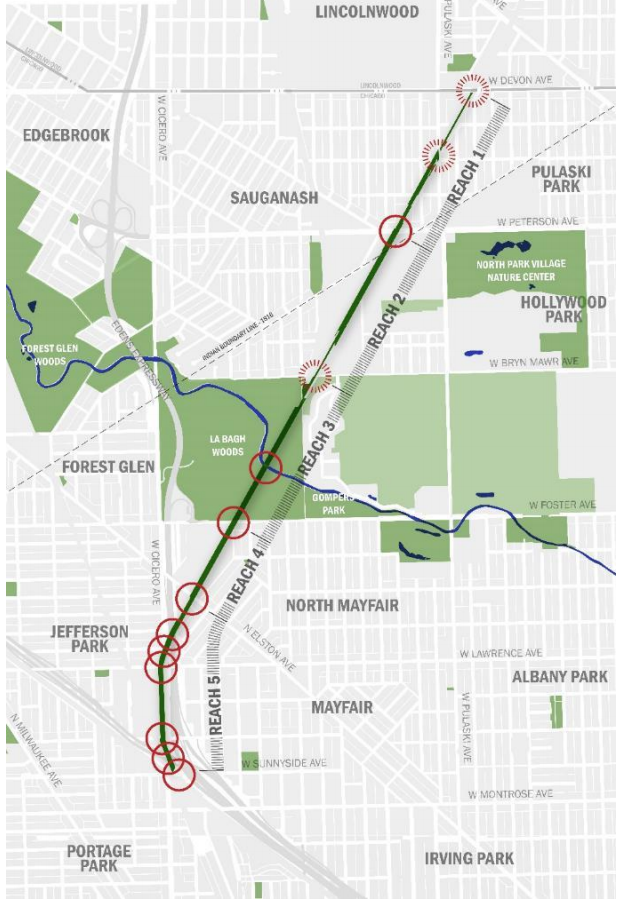 With the excitement over the opening of the Bloomingdale Trail (The 606), it wasn’t long until the rail-trail concept caught on in other Chicago communities, and it looks like the far Northwest Side may be next in line.

During a community meeting at North Park University on May 26, city officials presented a plan to convert an abandoned railway right-of-way to a 2.7 mile multi-use trail.

The once active Union Pacific Railroad tracks became defunct in the mid-2000s. Today, people aren’t legally allowed on the trail, but that hasn’t stopped some from recreationally using the informal gravel pathway surrounded by overgrown greenery and wildlife.

Northwest Side Ald. Margaret Laurino of the 39th Ward told DNAinfo the Weber Spur is “a great project that’s going to provide us with some wonderful recreational opportunities for our entire community.”

The proposed rail-trail’s starting point is Devon Ave, intersecting with the Sauganash Trail, going through LaBagh Woods (part of the Forest Preserve District of Cook County), and connecting to Elston Ave – speeding up the bike commute from the Northwest Side to downtown.

Janet Attarian, Deputy Commissioner of the Chicago Department of Transportation, told DNAinfo extending the trail another mile south to Sunnyside Ave – as some have suggested – would prove challenging and costly due to crossing Cicero Ave. and the Kennedy and Edens expressways.

City officials used the May 26 meeting to garner feedback from residents on how they envision the Weber Spur Trail, discussing topics such as architectural layout and recreational usage.

There isn’t a definite design and budget as of yet, but once a design is established, the city will rely on federal funding to purchase the 24.5 acres of land. Attarian estimates that the project will begin in three years. Another community meeting will be planned for this summer.

For updates on the Weber Spur Trail and other projects in your neighborhood, join our advocacy list.