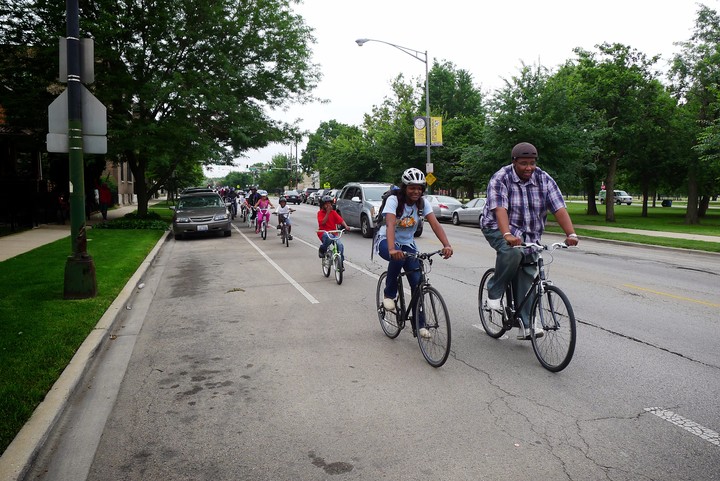 A new report released by TransitCenter documents how advocacy groups like Active Trans, elected officials and agency leaders all need each other to create sustainable transportation options and make streets more walkable, bikeable and transit-friendly.

According to the report, grassroots advocacy is an important step in generating change. Advocacy organizations like Active Trans are the backbone behind raising public awareness and garnering public support for changes in policy. Advocacy efforts bring the attention of issues to city hall and put pressure on elected officials.

The report highlights some of the important work Active Trans has done throughout the years to promote better transportation in Chicago. One example mentioned in the report is the Sustainable Transportation Platform that we developed jointly with several other local advocacy groups. The platform was released in 2011 before a mayoral election.

According to the report,  In response [to the platform], Mayor elect Emanuel placed many reformers on his transportation transition team and adopted the bicycle, BRT, and transit-oriented development recommendations for his Transition 2011 plan, which ultimately informed the official Chicago Fast Forward plan.

Thanks to continued outreach by Active Trans, Emanuel vowed to put in 100 miles of protected bikes lanes in Chicago. Four years later, there has been a vast improvement in the city’s bike infrastructure, making it one of the most bike-friendly places in the United States.

Not only is the city’s goal of a 100 miles close to being met, there has been installation of fully curb protected bike lanes in Chicago and a Green Wave on Wells Street, among many other improvements.

TransitCenter's report describes how groups like Active Trans provide the opportunity for elected officials to take risks by adopting new approaches to transportation as a part of their policy agenda, broadening their vision for making the city more livable for its residents.

Active Trans has long been advocating for sustainable transportation the Chicago region. It’s a priority for us making Chicago and its surrounding suburbs places where everyone is able to travel safely and actively.

Learn more about the advocacy work Active Trans is currently doing and sign up to receive advocacy emails.