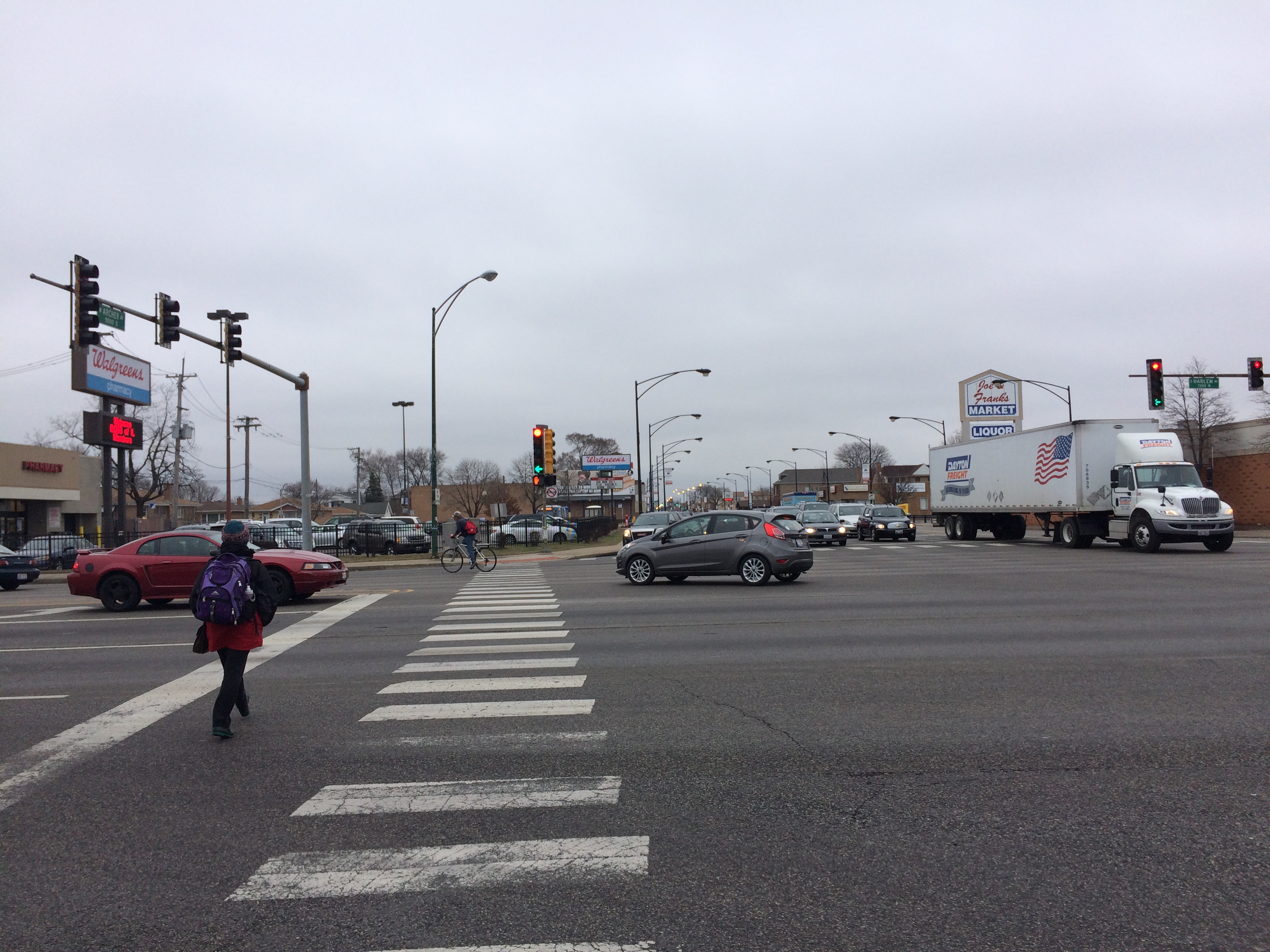 The Illinois House is advancing Active Trans’ bill to eliminate the local share of the costs for walking and biking infrastructure on state roads, but the state senate has yet to take action on it.

We need your help to make sure the senate takes action. One way to show broad support is to recruit more co-sponsors of the legislation.

Under current law, when the state of Illinois is rebuilding a road, the state covers 100 percent of the cost of infrastructure for cars and trucks, such as travel lanes and road markings.

But if the state’s analysis determines a sidewalk, side path, or bike lane should be added and there’s community support for it, then the local community is required to cover 20 percent of the cost.

This results in an inequitable distribution of walking and biking infrastructure and many missed opportunities to add critical safety infrastructure.

Many communities can’t afford the match amount so the walking and biking infrastructure gets pulled from the final design. Or the community never even asks for it because local officials know they won’t be able to come up with the funds.

Learn more about the bill in a one-page fact sheet.

By necessity, people are walking and biking on these roads already. They’re just forced to do it in extremely unsafe conditions.

The Illinois Senate is advancing Active Trans’ bill to eliminate the local share of the costs for walking and biking infrastructure on state roads.... Learn More

Give your advocacy skills a boost with these virtual workshops

Ever wondered about the best time for advocates to get involved in a new transportation project? Or maybe you’ve been stumped about the most... Learn More