A ride back in L time 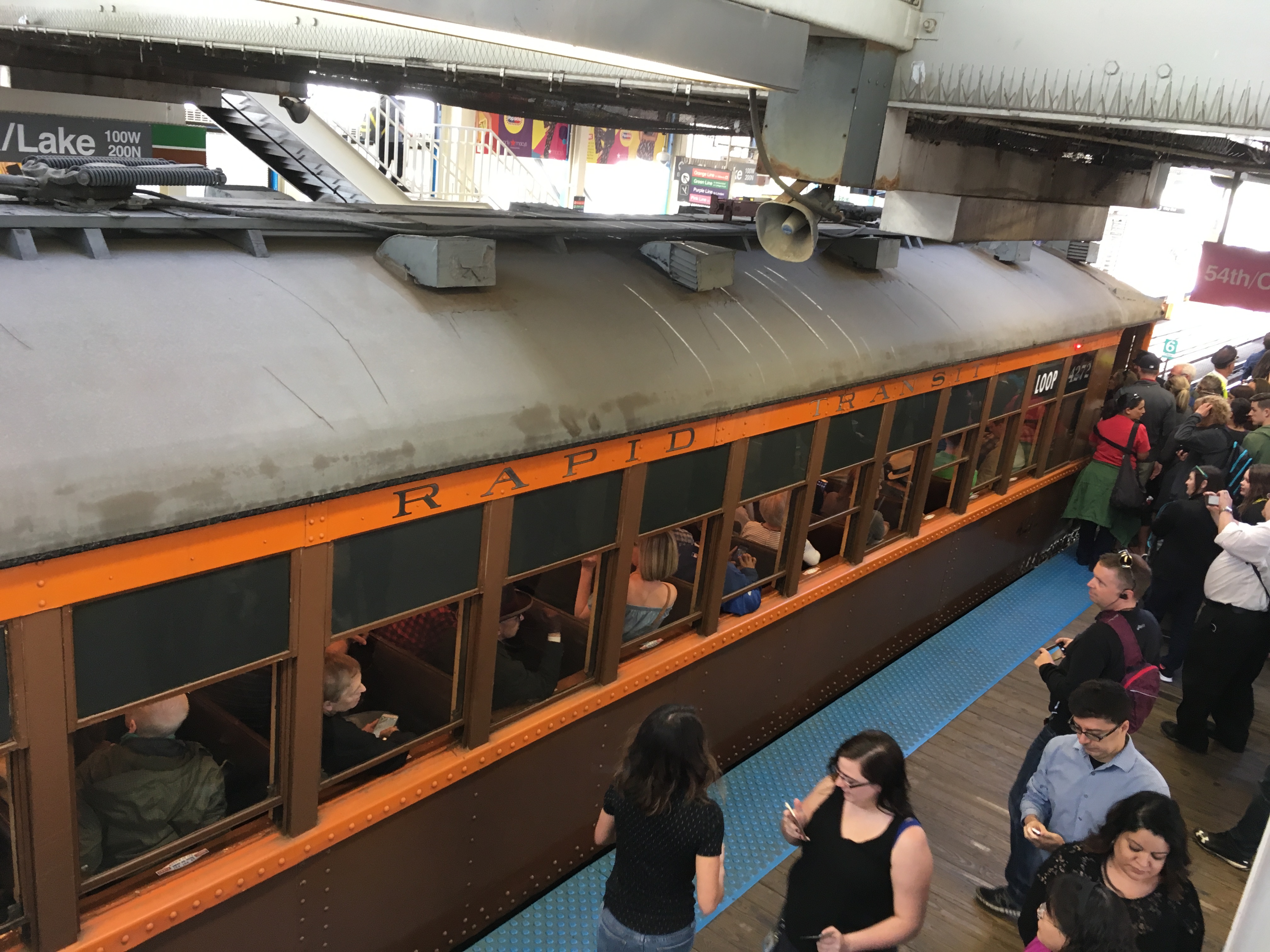 This week the elevated CTA platform at Clark and Lake took a step back in time as vintage train cars from the 1920s and 1970s rolled into the station in celebration of the L train’s 125th birthday. They ran around the stops in the Loop, tooting their horns for several hours.

While out on lunch break, a couple Active Trans staffers hopped on board for a ride around the Loop — for professional research, of course.

The car from the 1920s was wooden, had frosted glass lamps and vintage advertisements along the ceiling, hawking French soaps and Chesterfield cigarettes. The car was stuffed with many eager riders, but people were in a pleasant mood, like kids on a train ride at the zoo.

During the trips, riders exchanged stories of how the trains have changed over time. Many people said they wanted CTA to bring back the cars with the soft seats and others remarked on the car from a brief period in the 1970s with “the Spirit of Chicago!” motto printed on the outside. 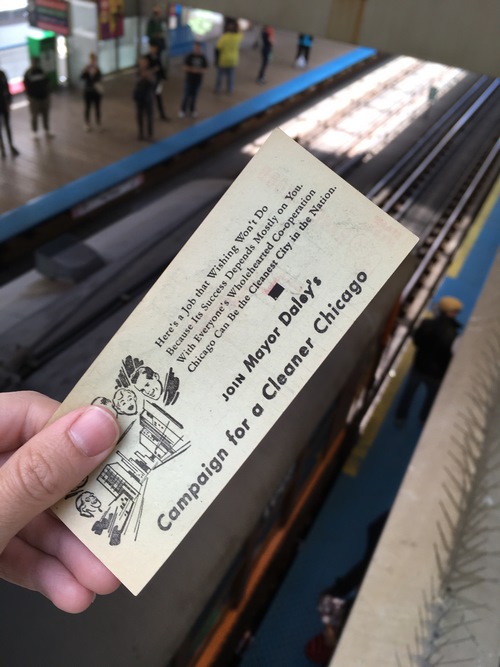 As people had difficulty parting a path through the crowd to get off at stations, others remarked that not much has changed in comparison to rush hour trains. Some people said that the big, easy to open windows were missed, especially on beautiful days. Sitting down next to an open window and feeling the early summer breeze on your face absolutely made the ride. 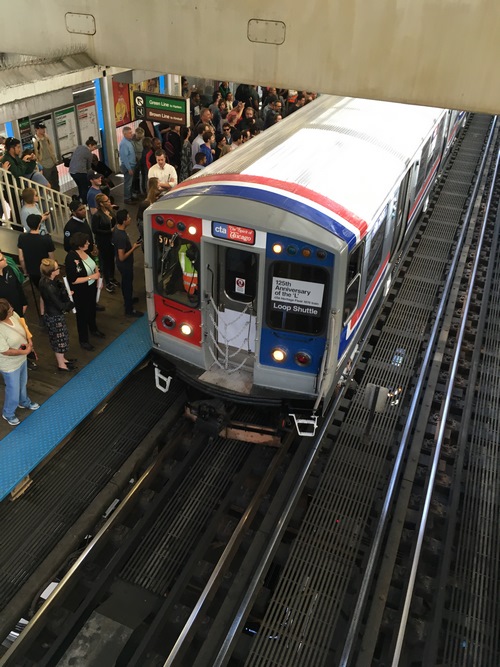 Although the cars have changed in appearance over time, they still look at home in all the Loop stations. The celebration was a reminder to the public of the long-held importance of public transportation to the development of the city. Much has changed, but it’s still a vital service that the pulse of the city depends on. 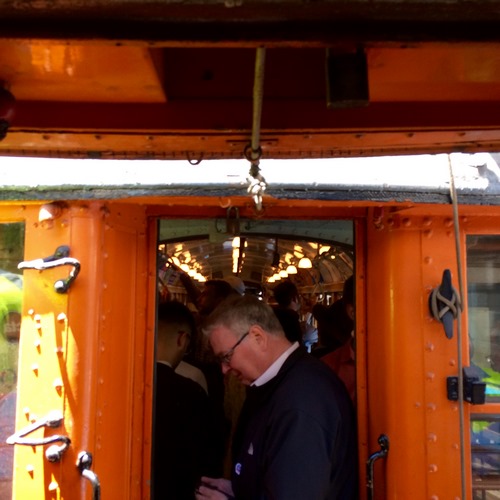