Home / Blog / A response to another anti-bike commentary

A response to another anti-bike commentary 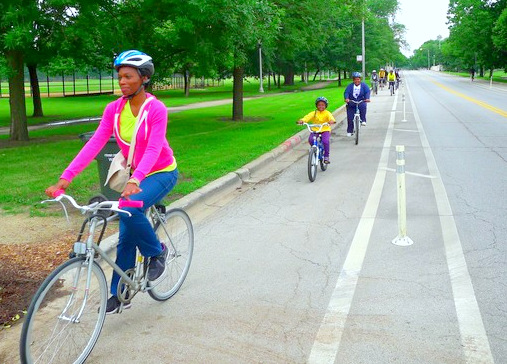 As with his past commentaries, we were treated with a flood of ill-informed opinions about people biking, protected bike lanes and the “free ride” bicyclists get.

Unfortunately, he continues to promote the common myth that people biking don’t pay their fair share of road costs — which is false.

In response to McCarron’s commentary, we sent the Tribune a letter to the editor.

Sadly, the paper decided not to run it. So we’ve published it here for you to enjoy.

The September 8 column “Bike lanes give cyclists free ride at expense of drivers, urban planning” by John McCarron peddles some familiar myths about bikes and the people who ride them.

McCarron also complains about bad behavior among people riding bikes. He highlights riding on sidewalks and failure to comply with signals as reasons protected bike lanes should not be installed. In truth, protected bike lanes and dedicated bike signals have been shown to reduce sidewalk riding and increase compliance with traffic signals.

Finally, McCarron claims that people who ride bikes don’t contribute to road construction and maintenance costs and get a “free ride.” This is simply false.

Many people who bike also own cars and pay driving fees, and everyone — including those who are car-free — also pay for roads through property, sales and income taxes. In Illinois, only 54 percent of road costs are covered by driver fees and motor fuel taxes.

It’s time to put these myths to bed and start talking about the facts: bikes improve our environment, support a vibrant economy, and create healthier communities.