A dangerous 'race to the red' 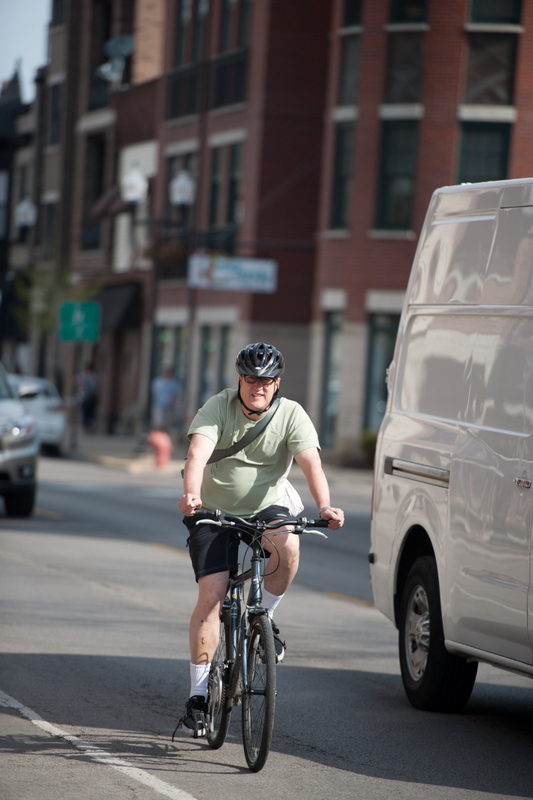 On a recent bike commute, I took Chicago Avenue from Oak Park to the Active Trans office in River North. Chicago Ave. through the West Side has relatively light traffic during the morning, and many of the traffic lights are timed for me to cruise at 20 mph, which was literally a breeze because of a strong tail wind.

But you might think I was doing 40 mph since I was able to keep pace with motorists, some racing to the next red light at 40 mph or more down Chicago Ave.’s wide, uncongested streets. Their sprint-stop-wait-sprint-stop-wait pattern would be comical if it weren’t so dangerous.

On average, car crashes injure 111 people per day in metropolitan Chicago, with more than one fatality per day. Excessive speed is often a major contributor.

Sign our Vision Zero petition to support a comprehensive strategy to reduce and ulitimately eliminate serious traffic injuries and fatalities.

I am also able to walk in downtown Chicago during rush hour nearly as fast as some motorists going 30 mph between red lights when they find a gap in the congestion.

Once again, we see the sprint-stop-wait pattern that exemplifies a “race to the red” delusion that this will get you somewhere significantly faster. But it won’t.

Race to the red is so common that I think a lot of us simply follow the leader.

Perhaps psychologists can tell us why we compulsively join in this useless, dangerous behavior, but in the meantime I’ll appeal to our sense of reason: the average vehicle speed on Chicago city streets is well under 20 mph. In fact, Chicago’s Traffic Tracker web site shows only 3 speed ranges: under 10 mph, 10 – 20 mph, and 20+ mph, and most of the streets are under 20 mph, even outside of rush hour.

You can Race to the Red at 40 mph or cruise at a slower, more consistent “Green Light” speed and get to your destination more safely and in about the same amount of time.

Either way, my trusty single speed and I will see you along the way!