While Chicago consistently rates well compared to its peers throughout the world, pedestrian fatalities and serious injuries in Chicago and its surrounding suburbs are all-too-common.

Working with community partners, policymakers and local residents, Active Trans advocates for a range of policies designed to enhance the region’s walkability and reduce pedestrian crashes, injuries and fatalities. We push for increased education, enforcement of existing laws and legislative changes, as well as design and infrastructure improvements.

Every winter, we also work to encourage people in the city and suburban communities to shovel their sidewalks.

We strongly support the city of Chicago's Zero in Ten” goal of eliminating all pedestrian, bicycle and overall traffic crash fatalities within 10 years, and are thrilled to see other local communities inspired by the internationally acclaimed Vision Zero Initiative. 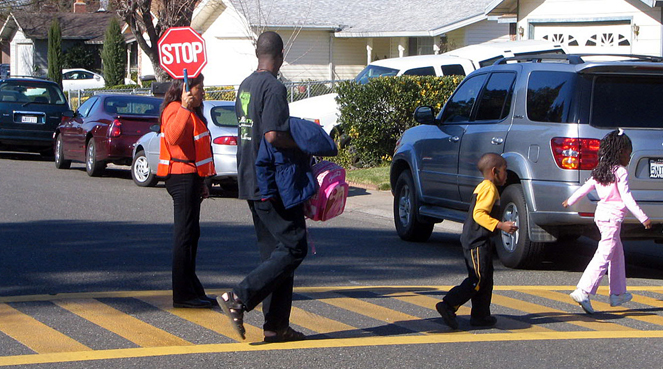 We want walkable communities where people can get active as they get around.