Step off, Chicagoland. Oak Lawn owns this corner. And that corner over there? That's Blue Island's.

Only two municipalities competing as public agencies in June's Commuter Challenge broke double digits percentage-wise in the number of employees who rode their bicycles to work during Bike to Work Week. 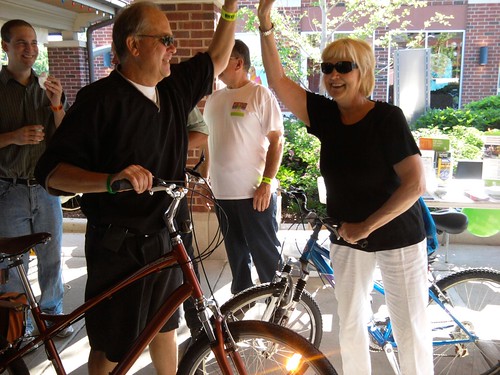 …and is almost half as good as the Village of Oak Lawn, which scored over 23 percent of employees riding to work (114 out of 484).

That's nearly three times as many employees riding to work as Public Agency category winner Chicago Metropolitan Agency for Planning which 1) is in Chicago; 2) ain't a town; and 3) has only one-third the employees, which pushed their percentage of participants higher. Also, most of them are known to be Cub fans.

Lots of little departments in other suburban towns had higher percentages. But that's like saying that Chris Bosh had some great performances against the Mavericks.

Hey, suburbia: There's always next year. Oak Lawn and Blue Island will step up again. Will you?