Home / Blog / Bus Rapid Transit can be successful in the USA

Bus Rapid Transit can be successful in the USA 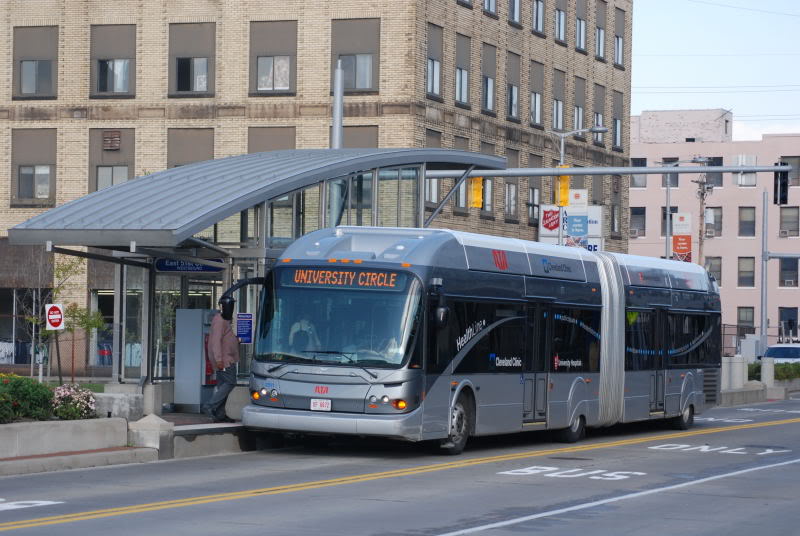 Take note, Chicago, the Greater Cleveland Regional Transit Authority’s HealthLine is the highest rated BRT line in the United States and a prime example how it can be successful.

The HealthLine runs more than 6 miles along Euclid Ave., connecting to other buses and major job centers between downtown and and University Circle. The 24-hour line uses dedicated bus lanes, has its own traffic signals and has a few stations located on road medians.

People can easily connect to jobs, schools, hospitals and major cultural institutions. And their average commute times are reduced by 10 minutes.

The project made streetscape improvements to sidewalks and crossings and added bike lanes.

Since its inception in 2008, Cleveland has seen an increase in ridership and revitalization along Euclid, a street once lined with shabby buildings and empty lots.

The $200 million line has seen over $4 billion in residential and commercial development. However, it hasn’t always had strong public support.

According to Urban Land Magazine, in the beginning people questioned whether the HealthLine would attract a professional community and generate economic development along its route.

Just like in Chicago, Cleveland employers have made it clear access to public transit is a priority for attracting new employees.

The Cleveland transit agency notes many bioscience and tech firms have chosen to locate near the line. And major business expansion has been happening nearby, all contributing to economic and job growth in the area and boosting job access for low-income residents.

Despite some initial skepticism, the HealthLine has made it abundantly clear that BRT can work in the U.S. It has brought job growth, development and better multimodal transportation options to Cleveland.

With Loop Link slated for completion later this year and Ashland BRT moving forward, Chicago may be next in line.

Live near Ashland? Learn more about the benefits bringing BRT to the corridor and show your support.

This is the first post in a monthly blog series on Bus Rapid Transit (BRT) in the U.S. Learn more about our BRT organizing and contact us to get involved.