Home / Blog / Back on the Bus: Incentivize purchase of multi day passes

Back on the Bus: Incentivize purchase of multi day passes 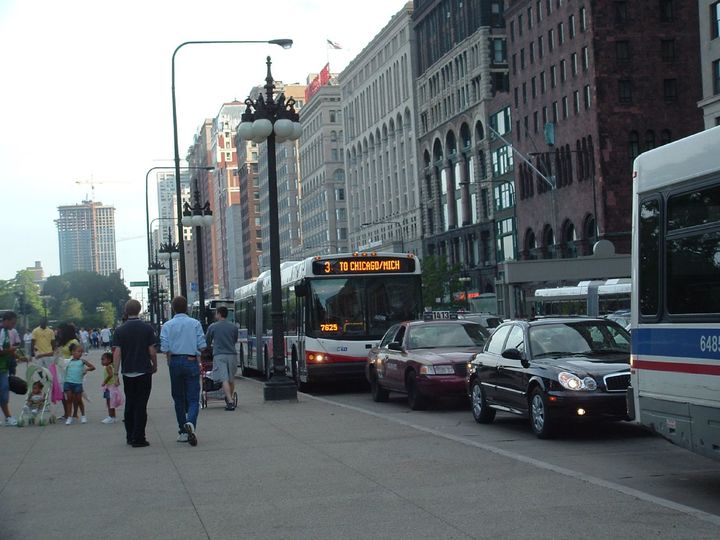 A recent change to the Chicago Transit Authority (CTA) fare structure may be contributing to bus ridership declines.

In 2013, CTA increased the price of one-, three-, seven- and 30-day passes while maintaining the base fare, resulting in fewer people buying multi-day passes. If you’re not riding transit multiple times per day for the full period, it no longer makes economic sense to buy the pass.

Instead, more riders are paying per trip and they are less likely to ride the bus, especially for shorter trips that are easier to replace by walking, biking or taking Uber or Lyft.

To get more people riding the bus, Active Trans and the Back on the Bus Coalition is calling on the CTA to re-evaluate its price structure and look for ways to incentivize the purchase of multi-day passes.

There may be an opportunity to adjust the fare structure soon since the Regional Transit Authority (RTA) and the CTA are raising the base fare by 25 cents for the first time since 2009. The agency also must consider the impact of any changes to fare policy on low-income riders and consider equity strategies like “fare capping,” which prevents riders from spending more on multiple single ride passes than they would have if they had purchased a daily or monthly pass.

State legislators could also help incentivize the purchase of multi-day passes by strengthening Illinois’ transit benefit program, which give employees the opportunity to purchase transit passes with pre-tax income. There is a bill in the Illinois Senate which would require companies with 25 employees or more to provide this program.

By increasing the savings on the multi-day pass, this would also motivate individuals to take the bus and increase ridership. Active Trans is working with State Rep. Theresa Mah, the bill’s sponsor, and other advocates and legislators to support the bill in future legislative sessions.

These policy recommendations are endorsed by a coalition of community-based organizations and non-profit experts. See all 10 members of the Back on the Bus Coalition and let us know if you know of an organization that is interested in joining.

Moving forward, Active Trans will work with its coalition partners to fight for the policy changes of incentivizing multi-day pass purchases by adjusting the fare structure and passing House Bill 2802. Join our advocacy supporter list to stay up to date on this campaign and all our advocacy work.

Adjusting the CTA fare structure to incentivize multi-day passes is one of five policy recommendations in our recently-released Back on the Bus report. Read the executive summary and full report. Share the report on social media with #backonthebus. We’ll be highlighting a different policy recommendation on the blog each week through the end of the year.